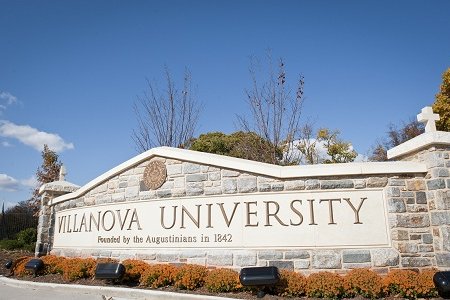 Villanova University is investigating an incident that left a black female student injured Thursday night after she was approached by a group of white males shouting "Trump, Trump, Trump," a university spokesman confirmed Saturday.

The student was walking back to the university's main campus from west campus through the SEPTA station tunnel when the group allegedly came toward her and knocked into her, forcing her to the ground where she hit her head.

The incident happened Thursday, but the university was made aware Friday, a spokesperson said. It's unclear if she was hospitalized for her injuries.

"The University finds this conduct deplorable and considers this racist behavior that runs completely counter to our values," said the university in a statement. "Actions such as this will simply not be tolerated at Villanova. Those found responsible for such reprehensible behavior will face serious consequences for their actions and will be disciplined appropriately. The safety and security of our students is always our primary concern. It is at times like this when we must come together in solidarity as a community against such actions."

Rev. Peter M. Donohue, the university's president, also condemned the incident in an email sent out to students and faculty.

"Over the past few days, I have been deeply disturbed by several reports of members of our community using our nation’s political process as a justification for behaviors and language aimed to intimidate or humiliate other people," he said in the email. "This type of behavior is not acceptable and will not be tolerated at Villanova."

The incident can be added to a string of others happening across the area in the last week. Officials at the University of Pennsylvania are investigating after a number of black students were added to a racist messaging group called "N***** Lynching" and "Trump is Love" that had an event called "Daily Lynching."

The messages are being traced to users in Oklahoma.