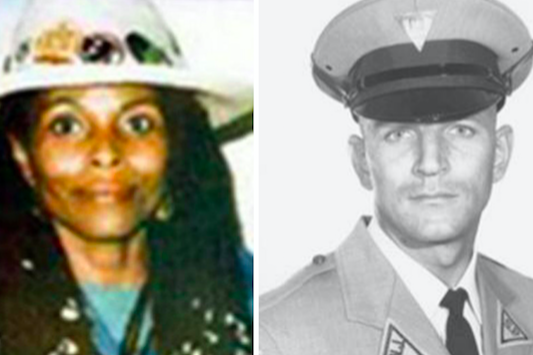 The death of Cuban revolutionary Fidel Castro, anticipated as it may have been, sent shockwaves around the world this weekend as many reflect on what remains of the Cold War paradigm, both physically and ideologically, and what lies ahead in changing times internationally.

In New Jersey, home to one of the nation's largest Cuban-American populations, Castro's death almost immediately ignited calls for renewed efforts to bring back the woman convicted of killing State Trooper Werner Foerster in May of 1973.

Assata Shakur, born Joanne Deborah Chesimard, is still ranked atop the FBI's "Most Wanted" domestic terrorists more than 30 years after she escaped prison and later fled to Cuba, where she was granted political asylum in 1984. The reward for her return is now $2 million.

An outspoken member of the Black Panther Party and Black Liberation Army (BLA), Shakur and two others engaged in a deadly shootout after they were pulled over on the New Jersey Turnpike on May 2, 1973. Trooper Foerster and BLA member Zayn Malik Shakur were both killed in the gunfire, while Trooper James Harper and Shakur also sustained serious injuries.

Set against against a backdrop of racial tension in the United States, Shakur had already been labeled a dangerously militant figure by federal and state law enforcement agencies, which implicated her in the murder of several New York City police officers — and a string of other violent crimes — prior to the incident in New Jersey.

A widely publicized, protested and expensive trial in Middlesex County resulted in Shakur's 1977 conviction as an accomplice in Foerster's murder, along with the attempted murder of Harper and related counts of assault.  Two years later, aided by armed BLA "guests," Shakur escaped from New York's Clinton Correction Facility and went into hiding until she left the country.

For decades, Shakur's protection in Cuba has been a sore spot in the relationship between the two nations — and between Cuba and New Jersey in particular. Some have maintained her innocence, embracing her status as a symbol of resistance against oppression, though the state of society in Cuba has often made such support seem ironic and ludicrous.

Over the past two years, as President Obama moved to normalize diplomacy with Cuba's Raul Castro, New Jersey officials began to weigh in again on the prospect of Shakur's return. In April 2015, when the U.S. removed Cuba from its list of state sponsors of terror, Havana signaled it was willing to open discussions about Shakur.

A few months later, New Jersey Gov. Chris Christie wrote a sharply worded letter about the prospects of air travel, repeating his position in prior 2014 letter to President Obama.

.@POTUS & @SecKerry, now that we have an American flag flying in Cuba, I urge you to demand the immediate return of JoAnne Chesimard to NJ.

“It is unacceptable to me as Governor to have any flights between New Jersey and Cuba until and unless convicted cop-killer and escaped fugitive Joanne Chesimard is returned to New Jersey to face justice,” Gov. Chris Christie wrote in last October's letter, obtained by the Associated Press.

In January 2016, 10 New Jersey legislaters traveled to Cuba as part of a controversial and unofficial delegation to discuss the easing of trade and travel restrictions. Though Shakur's case was reportedly broached, no new direction or concrete developments emerged from the trip. Momentum picked up, however, when the head of the New Jersey State Trooper's wrote another critical letter to Obama, suggesting the return of fugitives should have been a firm condition of reopening trade relations.

The Obama administration took the opposite view in the run-up to renewed contact with Cuba.

“We see the re-establishment of diplomatic relations and the reopening of an embassy in Havana as the means by which we’ll be able, more effectively, to press the Cuban government on law enforcement issues such as fugitives," State Department spokesman Jeff Rathke said in April 2015. "And Cuba has agreed to enter into a law-enforcement dialogue with the United States that will work to resolve these cases."

During last summer's Republican National Convention in Cleveland, Gov. Christie laid the blame for Shakur's freedom at the feet of Hillary Clinton, who he argued was responsible for crafting U.S. policy toward Cuba as Obama's Secretary of State.

“How could someone live with their own conscience when you reward a domestic terrorist with continued safety and at the same time betray the family of fallen police officer?” Christie asked. “Hillary Clinton, as a coddler of the brutal Castro brothers and betrayer of the family of fallen State Trooper Werner Foerster. Is she guilty or not guilty?”

Critics of Christie's speech countered that Clinton, though supportive of Obama's plans in Cuba, was no longer part of his administration when he advanced negotiations with Havana. Attempts to have Shakur extradited toward the end of former President Bill Clinton's second term — including an appeal to Pope John Paul II and a Congressional resolution — ultimately proved unsuccessful.

Shakur, now 69, has often reemerged as a complex and divisive cultural figure. Her presence in the Cuban documentary "Eyes of the Rainbow" remains the most revealing document of her life in exile, where she once descibed the United States as a society "at war with itself." The foreword to an Shakur's 2014 autobiography, written by activist Angela Davis, portrays the FBI's continued hunt for the author as an attempt to scare people involved in present day struggles.

Kim Guadagno, New Jersey's long-running First Lieutenant Governor, maintains that the state is eager to prosecute Shakur, a position she made clear in an interview on NJ 101.5 last July.

Whether Castro's death portends a shift in his younger brother's diplomatic approach on this and other issues is far from clear at this point. In the days since his death, however, statements out of New Jersey are looking ahead to a brighter future for Cuba.

"Fidel Castro’s death represents an historic opportunity for the United States," N.J. Sen. Robert Menendez wrote for The Observer. "Instead of condoning the continuation of repressive actions of a repressive regime simply because some believe it’s been long enough, the United States and the international community must stand up and support the Cuban people as they seek ways to implement changes that bring the fundamental principles of democracy, reinstate the freedoms that inform society and unleash the creative and inventive power-of-people to build a better life for themselves and their families."