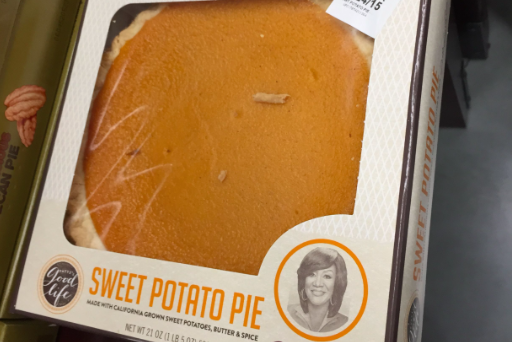 Patti LaBelle Sweet Potato Pie has flown off the shelves at Walmart in 2015.

Philadelphia music legend Patti LaBelle's kitchen savvy has hit major paydirt for Walmart in recent months after the company's senior buyer for cakes reached out for a little secret advice and marketing magic.

Kinna Thomas took the job at Walmart in March with a mission to improve the retail giant's bakery operation, which thrives on major holidays. Thomas started out by using her family's treasured sweet potato pie recipe as a litmus test for what she could accomplish, according to Fortune. After earning favorable reviews from her Walmart colleagues, Thomas decided to make a bold push and reach out to LaBelle for advice.

LaBelle proved more than willing to add "special touch" to the recipe, including cinnamon spice, a thicker crust and a concentrated effort to differentiate the texture from pumpkin pie. Add in a clear product endorsement from LaBelle and Thomas had a recipe for instant success.

Customers have gone mad over the Sweet Potato Pie, at one point snapping up a pie per second for three consecutive days. The frenzy eventually depleted stock to the point of a shortage, leading some to sell the $3.48 dessert for as much as $60 on eBay. The pinnacle of the madness came when singer James Wright Chanel posted a glowing review on YouTube that has racked up 2.8 million views.

With Thanksgiving fast approaching, Walmart has been scrambling to shift supplier production to purchase an astounding 2 million pounds of sweet potatoes. The company, by far the largest grocer in the United States, has vowed to make its fresh foods and bakery a central focus in the coming year, with updates to hundreds of its bakeries across 4,500 U.S. stores.