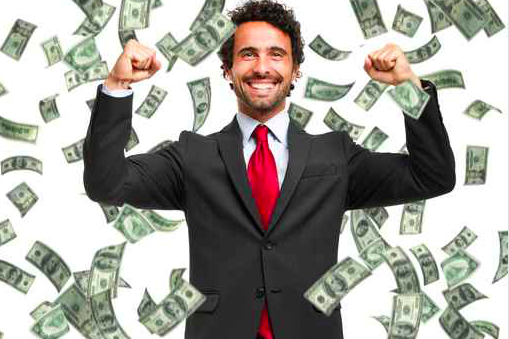 Happy man in rainfall of cash.

In a scene lifted directly from any number of cartoons, movies and sweet dreams, a giant bag of cash spilled out of a Guarda truck Thursday afternoon on Route 46 in Wayne, N.J., halting traffic and rousing a sudden dash for the cash strewn about the highway.

According to NBC 4 in New York, the armored vehicle somehow ejected the bag of $20 bills in the middle of the road, prompting police to respond and assist the driver as he collected the money.

Paul Redman, a witness at the scene, told CBS New York that several civilians pitched in to help, but not all of them ended up returning the money.

“I said, I’m looking for a rainbow here cause this is amazing,” Redman said.

It wasn't clear how much loot was lost or recovered in the 30-minute ordeal, but Wayne Police Chief James Clark said those who stole money could potentially be charged with theft, if they're ever found and identified. That may be as likely as this happening again any time in the near future.