WATCH: 'The Concrete Cowboys of Philadelphia' 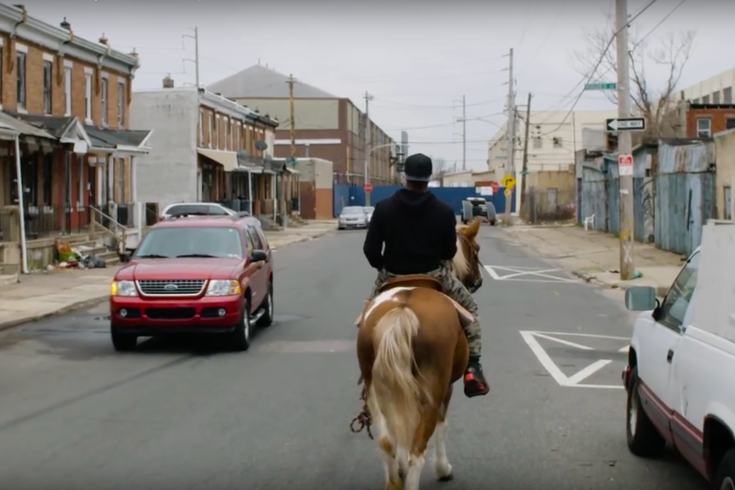 Shahir Drayton, 18, rides a horse down a South Philadelphia street.

It's not often you see someone giddy-up for a leisurely stroll through the streets of Philadelphia. But, lo and behold, they do.

Great Big Story, a Vice-like video project launched by CNN, captured the below video of one "concrete cowboy," Shahir Drayton, riding down a South Philadelphia street -- perhaps giving a whole new meaning to the #OpenStreetsPHL movement. Drayton, an 18-year-old horseback rider, took up the hobby after meeting Malik Divers, who operates a stable in Southwest Philadelphia. According to the Wall Street Journal, Divers asks local teenagers to care for the horses and offer pony rides for $5 to neighbors in a nearby park. In return, he lets them ride.

The thought: Caring for the horses keeps neighborhood teens out of trouble and builds community.

"When I ride, people actually give me props and actually applaud me -- the hood guys and everything," Drayton remarks in the video. "They ask me ‘Can I ride?’”

The video has amassed more than 1,000,000 views on Facebook since being released last week.

See the video below.