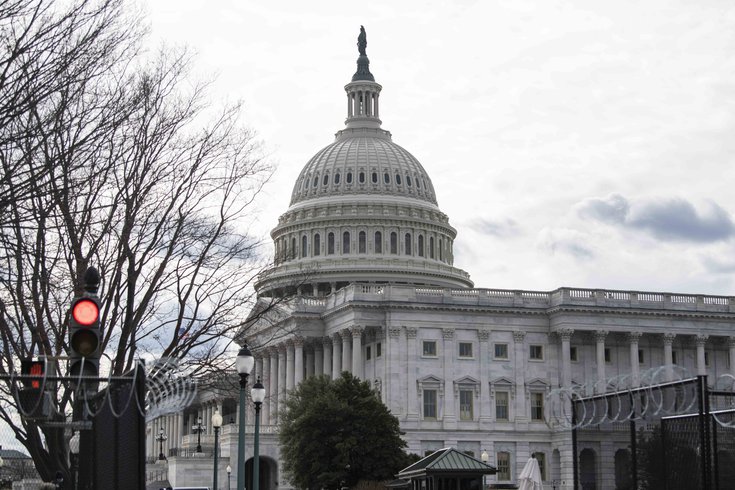 Former President Trump was impeached by the House of Representatives last month on charges that he incited the deadly insurrection against the U.S. Capitol on Jan. 6, 2021.

Nine Democratic impeachment managers from the U.S. House will argue that Trump's remarks at a Jan. 6 rally directly led to his supporters attacking the U.S. Capitol. They will include U.S. Rep. Madeleine Dean, who represents most of Montgomery County.

"I am honored to serve as an impeachment manager among my esteemed colleagues — it is for the sake of our country, not hate of one man or anyone, but for the love of our country and constitution," Dean said last month.

"Never would I have thought that I would be sitting on the House floor when domestic terrorists surrounded the chambers — motivated and infected by dangerous lies — seeking to assassinate a Speaker, hang a Vice President and hunt down members of Congress, staff and reporters."

Trump's defense team will argue that his words did not incite violence and that impeaching a former president is unconstitutional.

"I consider it a privilege to represent the 45th President," Castor said last week. "The strength of our Constitution is about to be tested like never before in our history. It is strong and resilient. A document written for the ages, and it will triumph over partisanship yet again, and always."

Democrats have asked Trump to testify during the impeachment trial, but the former president has rejected their request.

Trump is the first president in U.S. history to be impeached twice. The House approved an article of impeachment last month, charging him with inciting the deadly Capitol insurrection.

A conviction requires two-thirds of the Senate to vote in favor of impeachment. If convicted, Trump could be banned from running for federal office again.

However, a conviction appears unlikely. Only five Republicans, including Pennsylvania Sen. Pat Toomey, voted in favor of the impeachment trial moving forward. The other 45 Senate Republicans objected to the proceedings.

Pennsylvania Sen. Bob Casey, as well as Sens. Cory Booker and Bob Menendez of New Jersey, are expected to vote in favor of convicting Trump.

Trump's second impeachment trial can be watched below via CSPAN. Opening arguments begin at 1 p.m.