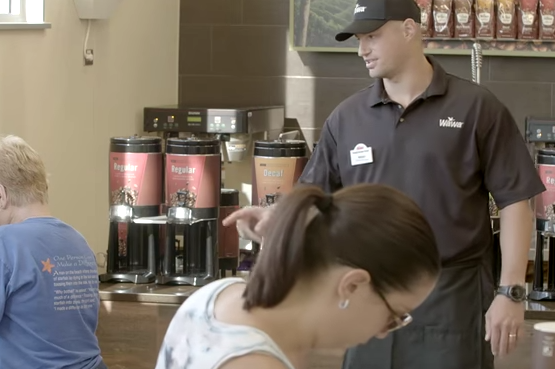 With today's Lane Johnson news, Eagles fans could use something to smile about. Luckily, Brent Celek has you covered.

Think back to six years ago. Shortly after the second Miracle at the Meadowlands, DeSean Jackson took part in a funny video where he posed as a Modell’s employee. The video was amusing because Jackson, who had recently become a borderline household name nationally (not to mention gigantic in the Delaware Valley), didn’t seem to fool anybody.

Well, except for the guy who had seen the previous Danny Woodhead video and actually had knowledge about the gag:

Brent Celek was on the team back in 2010, as well. Still an Eagle, the 31-year-old tight end decided to remix the undercover idea and pose as a Wawa employee working around the coffee area:

Despite standing at 6’4” and weighing over 255 pounds, Celek seemed to fool a decent amount of Wawa customers. The takeaway here is a simple one: A lot of people aren’t officially awake until they’ve had their morning java.