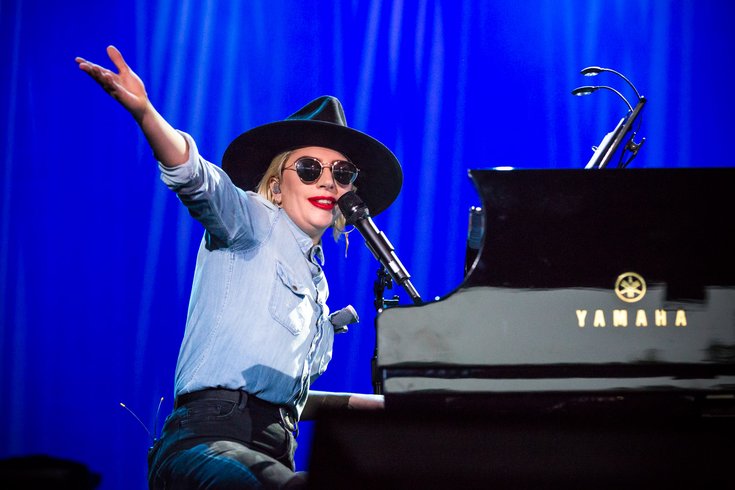 Lady Gaga performs at the "Camden Rising" concert at the BB&T Pavilion.

As the allegations against Harvey Weinstein, Mark Halperin, and President Donald Trump -- among others across various industries -- continue to circulate, the It’s On Us campaign has upped its presence with help from Joe Biden and Lady Gaga.

It’s On Us initially launched in 2014 by Biden and President Barack Obama following recommendations from the White House Task Force to Prevent Sexual Assault.

The campaign combines grassroots organizing and online content to help generate conversation about sexual assault both online and on the local level.

Past videos from the campaign have featured celebrities including Jon Hamm, Common, and Philly’s own Questlove, among others.

In a new PSA released this week, former Vice-President Joe Biden teams up with a surprising partner, Lady Gaga, to speak out against sexual assault. In the video, Biden and Gaga note the singer’s own experience with sexual assault.

A message from me & my buddy Vice President @JoeBiden @ItsOnUs to stop sexual assault. Go to https://t.co/aMd5silSst #ItsOnUs to help. 🇺🇸 pic.twitter.com/w5JGRCd2z8

Honored to work with a woman of great courage, my friend @ladygaga. With her leadership, and your help, we can change the culture. #ItsOnUs https://t.co/ZcaOqncopa

Biden has previously spoken out against Weinstein, calling his behavior "disgusting," and recently spoke about Trump's lightening of college sexual assault guidelines during a visit to Rutgers University.