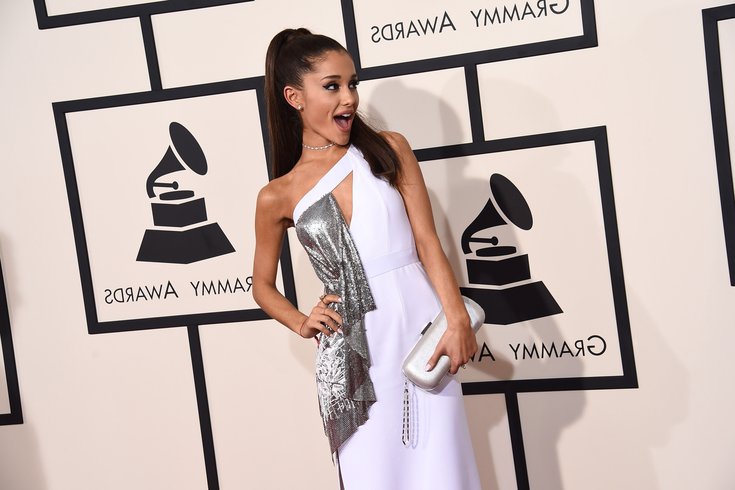 Ariana Grande arrives at the 57th annual Grammy Awards at the Staples Center on Sunday, Feb. 8, 2015, in Los Angeles.

Videos circulating on social media show security removing a man who found his way on stage during Ariana Grande's concert in Philadelphia on Wednesday night.

Grande, 23, had been kneeling on stage performing of the song "Moonlight" during the stop of her "Dangerous Woman" tour at the Wells Fargo Center when a man is seen slowly walking behind her amid a bed of fog, the New York Daily News reported.

Video of Ariana Grande performing on stage while a fans sneak behind her & security took him off the stage
" Ari says please be gentle " pic.twitter.com/nzhBtzUtUe

A fan got on stage while Ariana Grande was performing 'Moonlight': "Hey be careful- hey chill out! Be gentle w/ him" pic.twitter.com/BWMPCyPzkG

As he approached Grande in the middle of the song, security ran to grab the man and pulled him off stage. Grande, however, was quick to come to his defense.

"Hey, chill out!" she yelled to the guards. "Be gentle with him."

Grande then continued with the rest of her performance.

The man's identity is not clear, and a Philadelphia police spokesperson said Thursday that no charges had been filed in connection with the incident.