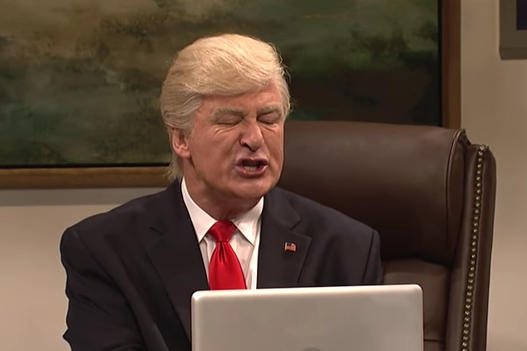 Alec Baldwin plays Donald Trump trying to get ready for the job of president on "Saturday Night Live."

Alec Baldwin returned to "Saturday Night Live" to portray President-elect Donald Trump trying to prepare himself for the job he's about to take. In the episode's cold open, Baldwin's Trump is overwhelmed by the prospect of fulfilling some of his campaign promises, such as carrying out his "secret" plan to defeat ISIS and bringing back jobs.

Luckily for Trump, Vice President-elect Mike Pence, played by Beck Bennett, promises to "do everything" for the administration.

You can watch the sketch below: