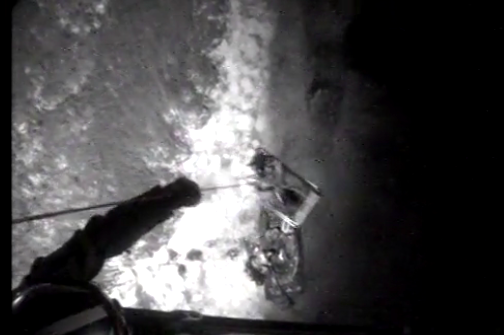 Two men were rescued overnight Sunday by a helicopter after their boat became disabled off the New Jersey coast.

The Coast Guard said the rescue, which was captured on video, happened around 2 a.m. approximately four miles north of Salem.

Authorities at the Coast Guard Sector Delaware Bay were alerted around 11:35 p.m. that a 16-foot jon boat was inoperable.

Two hours later, an MH-65 helicopter was dispatched to hoist two men to safety. They were transported to New Castle Airport in Delaware.

"Thankfully the two men were wearing the proper personal protective equipment and were able to contact 911 by using their cell phone,” said Lt. Nate Gruver.