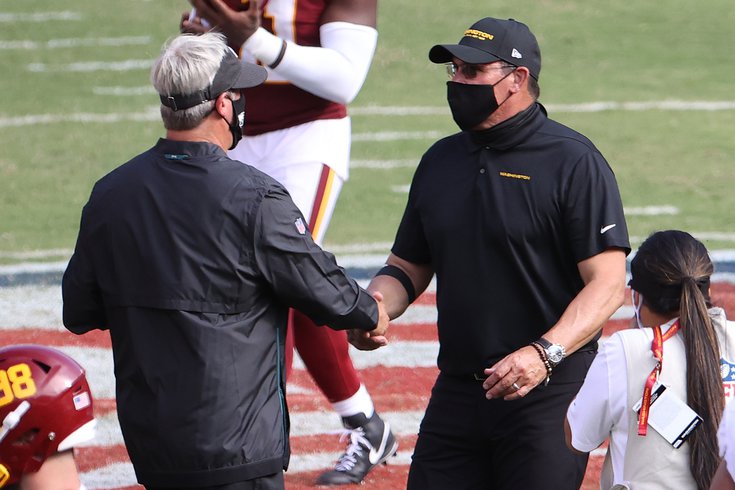 For the gambling enthusiasts, here are my Week 17 NFL picks. To note, the team logos indicate who I think will win the game, not cover the spread. At the end of the picks, I'll note a few teams that I like based on the spread. All the below spreads are courtesy of the consensus Week 17 odds at TheLines.com.

Cowboys (-1.5) at Giants: This is one of the rare "pure" games on the schedule Week 17, as in, both teams will have equal motivation to win. Almost all of the rest of the games on the slate feature teams with differing levels of perceived urgency to win.

I can't understand why this line is only 1.5 points. The Cowboys are actually playing some decent football of late, having won three straight, and scoring at least 30 points in all three games. Meanwhile, the Giants' offense has been trash. They haven't scored at least 20 points in a game since November 15th (against the Eagles), and they've only managed to score 26 points combined in their last three games. What am I missing?

In addition to Ben Roethlisberger, Steelers will not play C Maurkice Pouncey, OLB T.J. Watt and DE Cam Heyward against the Browns on Sunday.

I wouldn't touch it.

With the Steelers resting starters and being 9.5-point dogs, the Bills can't possibly be motivated to go all out for this game, while the Dolphins need to win to clinch a playoff berth.

Jets at Patri*ts (-3): To many years of the Patri*ts playing meaningless Week 17 games (but in the loser way). 🥂

Falcons at Buccaneers (-7): With a Bucs win, Tampa will clinch a first round bye a wildcard round game against the the NFC East division winner.

Titans (-7) at Texans: If the Titans win, they will clinch the AFC South, so they'll be properly motivated. After the Texans' Week 16 loss last week, J.J. Watt gave an honest assessment of where the Texans are at.

My takeaway from that speech is that Watt sees that players on his team have quit on the season. Titans big.

Packers (-4) at Bears: If the Bears win, they're in. If the Packers win, they clinch the 1 seed, and home field advantage throughout the playoffs. I think that's enough proper motivation for the Packers to take care of business in a matchup in which they are the far better team.

Seahawks (-7) at 49ers: The Seahawks can land anywhere between the 1 seed and the 3 seed. They'll get the 1 seed if they win and both the Packers and Saints lose. Anyway, none of that matters. The Niners are awful, and they're holding a bunch of good players out in this game.

Chargers (-4.5) at Chiefs: Here's why the Chargers favored over the Chiefs:

Andy Reid announces Patrick Mahomes will not play in Week 17. Chad Henne will start against the Chargers.

The Chiefs have the 1 seed on lock, so they're highly likely to rest additional starters who are a little banged up, like Tyreek Hill, for example.

Raiders (-2.5) at Broncos: The Raiders were once 6-3, and looking like they would be in the playoffs. Since then, they have lost 5 of 6, and the one game they won was as a result of Gregg Williams (formerly the defensive coordinator of the Jets) making one of the worst defensive play calls I've ever seen.

Cardinals (-2.5) at Rams: The Cardinals are a highly inconsistent team, but they'll be benefiting from Jared Goff's thumb injury, which will keep him out of this game. Who is the Rams' backup quarterback?

John Wolford would be first QB to make his first start for a team in Week 17 with a playoff berth on the line since Kyle Orton for the 2013 Cowboys, per @EpKap. https://t.co/pMZx6VdmCI

If you'll recall, here's what happened in that Kyle Orton game:

Jaguars at Colts (-14): It's noteworthy that the Colts' inexcusable loss to the Jaguars Week 1 might be what keeps them out of the playoffs. They all matter.

(The Colts do have a slew of paths into the playoffs if they take care of business this time around.)

Saints (-6) at Panthers: The Saints can earn the 1 seed with a win and a Packers loss. They will clinch the 2 seed with a win, but they to win to ensure that they don't get leapfrogged by the Seahawks.

Football Team (-3.5) at Eagles: The Eagles are guaranteed to have a top 10 pick. More accurately, they'll be selecting anywhere between pick No. 3 and pick No. 10. Obviously, the higher the better, so the Eagles' front office should be motivated to lose this game.

Earlier in the week, I was convinced the Eagles would win. I mean, with the way this disaster of a season has gone, of course they would win a meaningless game, wreck their draft positioning, and usher the Cowboys into the playoffs. And so, I picked them both in our staff writer picks and on the podcast.

But, it appears that they are indeed doing the right thing, and trying to lose this game. As we noted in our "Eagles should tank Week 17" story, in addition to the Eagles benefiting from a loss in terms of draft position, the team would also be crazy to play anyone of significance who might otherwise play through an injury, or anyone the team might have interest in trading this offseason. Keep those guys in bubble wrap.

When the Week 17 injury report was released, it was revealed that the Eagles share this belief, as nine players -- most of them starters -- were ruled out. It also appears that Carson Wentz might not dress, and Nate Sudfeld could enter at some point for Jalen Hurts.

And Carson Wentz may not dress, and if not, Nate Sudfeld could play for Jalen Hurts in the second half if things get out of hand, from what I understand. https://t.co/5QY8BFcCBq

Meanwhile, Alex Smith will start for the Football Team, while Antonio Gibson and Terry McLaurin will play as well.

Washington QB Alex Smith (calf) is expected to start and he should have all of his weapons. Source said RB Antonio Gibson (toe) WR Terry McLaurin (ankle) are both preparing to play. WFT should be close to full strength in a must-win game.

My gut says Eagles, but my head says WFT.