Here's who Birds fans should be cheering for on Sunday 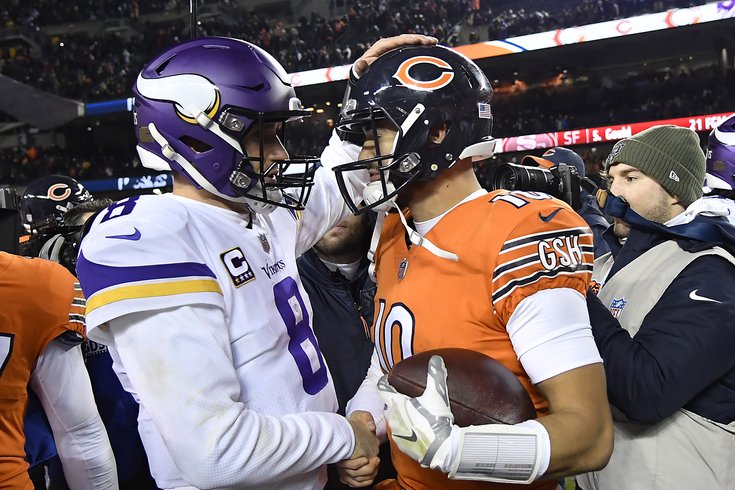 All Eagles fans will be Bears fans on Sunday.

For the Philadelphia Eagles to get into the postseason, they have to beat the Washington Redskins, and have the Chicago Bears beat the Minnesota Vikings. Obviously, those are the two games that really matter this Sunday, but let's take a closer look at the rest of the games on the schedule anyway.

Games that affect the Eagles' chance of making the playoffs

• Bears at Vikings: As noted above, the Eagles need the Bears to beat the Vikings. Had this game been played at 1:00 p.m. as scheduled, there was no doubt that the Bears would have been going all out to win the game, as they can earn a first round bye with a win and a Rams loss during the 4:25 p.m. games. However, when the NFL flexed the Bears-Vikings game to the 4:25 p.m. slot, they created a situation in which the Bears could pull their starters if the Rams look like they have the 2 seed wrapped up by getting a big early lead on the 49ers.

Earlier this season, the Bears beat the Vikings 25-20, in a game that wasn't anywhere near as close as the score would indicate, that the Bears controlled from start to finish. Vikings quarterback Kirk Cousins has a terrible record against teams with winning records over his career, but the Vikings are fighting their playoff lives, while the Bears are already in, and only playing for playoff seeding.

49ers at Rams: As long as the 49ers keep it close, the Bears should still stay somewhat motivated to win. Should the Rams get a big lead, Bears head coach Matt Nagy has already acknowledged that pulling his starters is a possibility.

• Browns at Ravens: If the Ravens win, they clinch the AFC North. That would be bad for the Eagles and their second-round pick acquired from Baltimore during the 2018 NFL Draft.

• Bengals at Steelers: Of course, if the Ravens do indeed lose, the Steelers would have to take care of business against the Bengals to take the AFC North away from the Ravens.

And finally, draft positioning in the first round should the Eagles not make the playoffs

If the season were already over, the Eagles would be picking 18th in the 2019 NFL Draft.

In other words, if the Eagles and Vikings both win, you'll want to root for the Colts on Sunday Night Football for the possibility of first-round draft positioning, if you even care at that point.