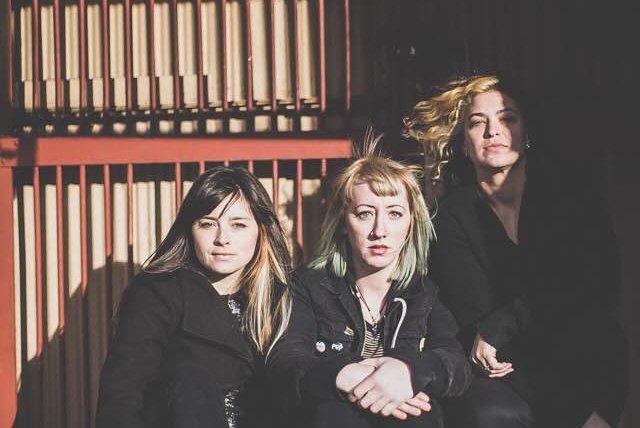 More than 20 years after Sun Ra passed away, the experimental jazz icon’s Arkestra soldiers on. The vibrant, interstellar-themed outfit spans generations, with 92-year-old alto saxophonist and close Sun Ra friend Marshall Allen helming its flabbergastingly ambitious efforts. As ever, the big band Arkestra swings freely from traditional jazz to cosmic weirdness and back with aplomb, championing a unique bit of Philadelphia jazz history in the process.

Philly punk trio Cayetana are a couple years removed from their full-length debut album “Nervous Like Me,” a record defined by its catchy, squirrelly songwriting. Earlier this year Augusta Koch, Allegra Anka and Kelly Olse shared a short EP called “ Tired Eyes” that polished up some of the endearing grit of that first project, packaging an original song alongside a cover of New Order’s famed “Age Of Consent.” Cayetana is irresistibly fun to watch and root for. And as they keep honing their chops, a looming sophomore LP seems more promising by the day.

In her fifth decade as a musician, Bonnie Raitt has shown no inkling of weariness. Earlier this year, at the age of 66, Raitt released her 20th album with “Dig In Deep,” a dozen-track follow-up to her resurgent 2012 record, “Slipstream.” In January the country-blues icon spoke with Billboard about her decidedly unpretentious passion for simplicity. “I love singing heartbreak ballads, and really intelligent singer-songwriters songs,” she said, summing up one-half of her career calling card. “But when you do those R&B and rock ’n’ roll songs, that’s the reason I’m out here doing this. That’s why I like to get up there.” “Dig In Deep” actually traffics in both of these Raitt specialties, and the famed bottleneck guitarist hasn’t lost a step in either direction.

An increasingly familiar name in Philly hip-hop, the warbling rap singer PnB Rock, whose name nods to a Germantown intersection, puts on his for his hometown with an inaugural Stop The Violence concert this Saturday. Rock has enjoyed his own spotlight in bursts, but his come-up has been largely fueled by clever collaboration including, just recently, a hook on Kodak Black’s splendid “Lil Big Pac” album and a full-length collaborative mixtape with Fetty Wap. This peacemaking concert also features a long list of local emcees including AR-AB, Quilly and more.

Now based in San Francisco, Mark Farina’s roots are in Chicago and Detroit. “I look at my job as a modern day traveling minstrel, to bring new music to as many places as I can, and expose obscure records that, otherwise, might go hidden,” the DJ told Resident Advisor more than 10 years ago. While his setlists are appropriately eclectic, Farina traffics primarily in deep house and techno classics, and in his third decade of moving dancefloors, his wheelhouse is expansive.

Now based in Philly, Honey Radar founder and band leader Jason Henn is an affecting songwriter apt to leave things dangling and unfinished. The group doles out homey psych rock that, among music journalists at least, that’s earned them a persistent Guided By Voices comparison that nails their lo-fi facade and sneaky complexity. To be sure, though, Henn and company are unique to themselves, both freewheeling and cerebral.

Killiam Shakespeare lives in a sort of vacuum. The Philly-based soul/funk outfit is made up of accomplished session and touring instrumentalists that have backed the likes of Bilal and Musiq Soulchild, but they’re quiet underdogs as a full group. As a collection of players’ players, Killiam functions as an intricate jam band, a tendency borne out of sheer chops and the free spirit of a side-project.