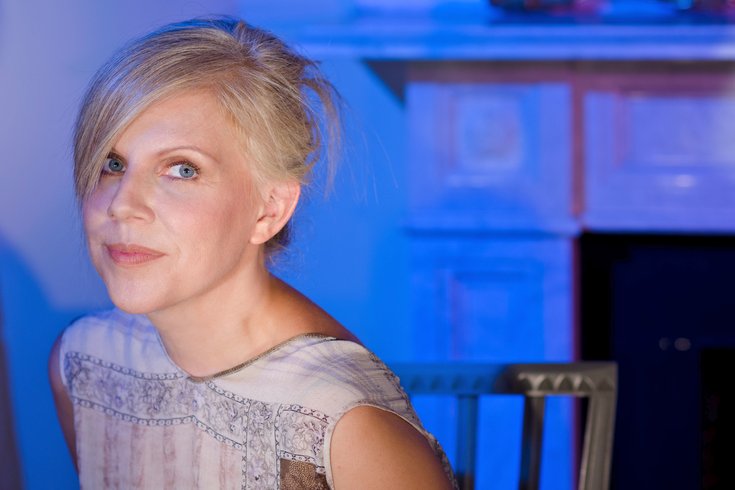 A few months ago the New York Times wonderfully summed up the full-length debut from this West Philly punk duo in a headline: “ Pinkwash, Songs in the Key of Catharsis.” The record’s actually called “Collective Sigh,” a more original and fitting title for this nuanced, emotionally grave torment on the passing of a loved one, but it is indeed dripping with catharsis. Up to this point, much of Joey Doubek and Ashley Arnwine’s music as Pinkwash has served as an outlet for the guitarist’s grappling with his mother’s death. “It’s kind of this overarching grief cycle,” he told me earlier this year. Appropriately, Doubek and Arnwine churn incredibly loud but measured sounds from their guitar and drums.

Competitive turntablism might forever live in the shadows of its mid-1990s legends like Roc Raida and Rob Swift, but a new crop of lightning fast DJs pops up at international competitions every year. This year’s Red Bull Thre3Style World DJ Championships goes down in Santiago, Chile in December and a single American DJ will get the chance to represent the States at the throwdown. Tonight, six finalists battle it out at Union Transfer for that opportunity, and special guest judges include DJ Jazzy Jeff, Skratch Bastid and more.

Long Island’s EPMD may well be the most underrated hip-hop duo ever. And while Erick Sermon and Parrish Smith soldiered through the 1990s, their undisputable classics — ”Strictly Business” and “Unfinished Business” — lived in the late ’80s. After a handful of breakups-turned-reunions, the two are currently mining their fans’ nostalgia alongside the LOX legend Styles P on a short tour.
Doors 7 p.m. / Show 8 p.m. | With Rich Quick, 30 and Over League & Royce Castro | $25 | All ages

Of the eight songs on Richmond doom quartet Cough’s latest record, “Still They Pray,” only two are under seven minutes long. It’s a complexly twisting and solo-laden album, the group’s first in six years and the sole follow-up to their much-celebrated 2010 opus “Ritual Abuse.” “Still They Pray” is an apt title for the funeral pace sludge contained within, and the record pulls off an accomplished timelessness.

Diplo’s usually swollen Mad Decent Block Party concert series got a slight downsize this year but nonetheless received a surprise Drake appearance last weekend in Brooklyn. The traveling minifestival takes over Philly this weekend for a full-day burst of raucous and sweaty EDM partying. Headliners like the “Harlem Shake”-pigeonholed Baauer, Diplo himself, and Philly mainstays Dirty South Joe and Swizzymack will take the stage.

Following up on an early-year reunion promise, the Tanya Donelly-helmed dream pop group Belly is finally serenading fans again 20 years after their breakup in 1996. The Boston alt-rockers released a pair of full-length albums in 1993 and 1995, with their debut-culled single “Feed The Tree” serving as a successful and representative breakout, full of strumming rhythm guitar, mild drums, and Donelly’s folksy introspection.

For more than 20 years John Doe has been singing country roots music, like his latest plodding video single “ A Little Help,” a black-and-white ode to American field workers. But longtime fans know: Doe was a core member of X, a sanctified group of Los Angeles punks and some of that scene’s first responders and earliest innovators. The single-letter quartet formed up in 1977 and remained active until 1993. In the decades since, Doe and singer Exene Cervenka have fostered successful solo careers and the band has launched a handful of tour-forward reunions.