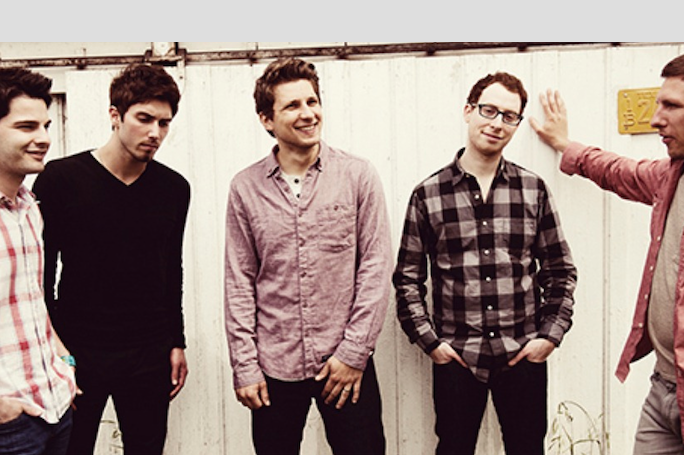 On-and-off-again Jersey Rockers The Early November celebrate a major milestone this weekend: the 10-year anniversary of their second album, “The Mother, The Mechanic, And The Path.”

The Philly label Lame-O Records’ month-long “Rock Residency” is back at Boot & Saddle, and the proceeds from each show will benefit organizations like Planned Parenthood, the Philadelphia ACLU, Juntos, and more. This week, Jake Ewald’s Slaughter Beach, Dog project takes center stage. Ewald, a Philly local and noted member of the band Modern Baseball, went out on his own this past September with a record called “Welcome.”

The Vernes is a new Philly band made up of transplants. Guitarist Fabian Mera and bassist Robert Sesma trekked across the country to join the group’s other half on the East Coast last winter and quickly sidled down to Philly to start something new. In 2016 the quartet shared a trio of releases, slowing down in the winter with a pair of two-song EP drops. Throughout their slowly growing catalog, The Vernes’ sound has taken on the form of breezy and nimble indie pop. And they seem to be just getting started.

RELATED LINKS: Springsteen: Maybe people are moving away from New Jersey because of me? | Philly thieves ruin bicyclist's journey from Canada to Mexico | Pennsylvania man hopes tragic photo of brother will help other addicts

Late last year, the Montreal singer Leif Vollebekk shared the first single from his upcoming third album, “Twin Solitude.” On the song, “Elegy,” Vollebekk rolls up his many charms into a plodding five-minute ballad. The drums are barely shuffling, a simple piano riff hums softly, and every bit of attention is diverted to the songwriter’s heart-felt rambling.

Philly’s own Flat Mary Road, a folksy indie rock outfit with a pair of albums in their catalog, took a break following the release of their 2014 album “The Great Talk.” And then, late in 2015, they returned with a bolstered line-up and slightly updated sound. They’ve been keeping things close for the last year, but Flat Mary Road is up to something for 2017.

On-and-off-again Jersey Rockers The Early November celebrate a major milestone this weekend: the 10-year anniversary of their second album, “The Mother, The Mechanic, And The Path.” The 2006 release saw the pop punk quintet at their most ambitious and commercially successful time, churning a three-disc LP up into the top half of the Billboard chart. But then they called it quits. The guys linked back up for a couple more albums beginning in 2012, but fans should jump at this nostalgic anniversary opportunity.

The Baltimore rapper JPEGMAFIA is all his own. Barrington Devaughn Hendricks, who adopts that Internet soldier tag for his music career, is a bit of a professional provocateur. “I think me being contrarian is a strong part of my personality,” he said in an interviewer last year. “It just makes me human. Everything I do on record is an exaggerated version of the real me.” But JPEGMAFIA is far more than just a shock-value artist, he’ll make you think. And then you might squirm around in discomfort.

A pair of reliable locals hold down the fort at The Foundry on Sunday, as DJ Aktive—who has supported the likes of Janet Jackson and Jennifer Hudson behind the turntables—is joined by West Philly’s Matthew Law (formerly known as DJ PHSH). The event dubbed “Turntables & Alcohol” actually carries a bit of an anti-theme, but it’s still an obvious invitation to come out and throw down.