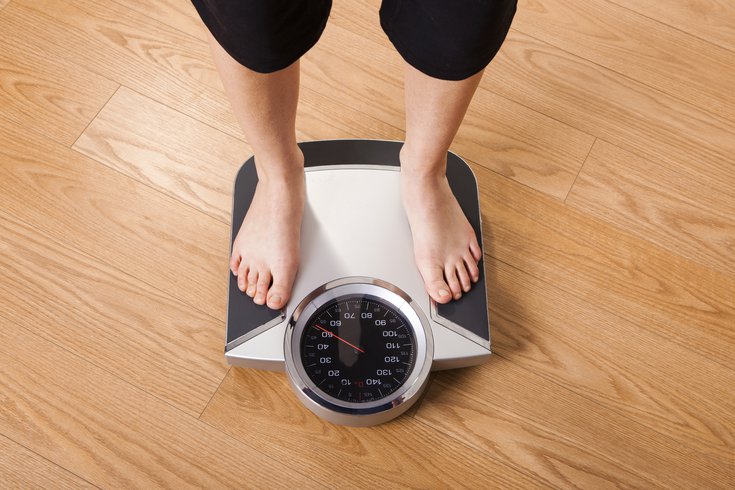 Set point theory suggests that people each have a predetermined weight range that their bodies try to maintain. Proponents say the theory explains why people hit weight-loss plateaus and why others regain lost weight after they stop restricting their calories.

It's not unusual for a person to start a new diet and watch the pounds come off easily before hitting a point where the scale won't drop any lower.

People often attribute this occurrence to slip ups in their diets or a failure to get enough exercise, but there could be another explanation: Set point theory.

Set point theory suggests that people each have a predetermined weight range that their bodies try to maintain. Proponents say the theory also explains why some people regain lost weight after they stop restricting calories.

One study found that when the body is underfed or overfed, it automatically tries to correct the imbalance between energy intake and expenditure, bringing body weight back into homeostasis balance. The body does this by slowing its metabolism – so less energy is needed to perform the same functions – and by making hormonal changes that affect appetite. People also might develop cravings for different foods and drinks in an effort to fill in any nutritional gaps their diets have left.

This idea of a biological process that regulates shape and size has been suggested in observational studies, but direct causation is difficult to prove because it would be unethical to test on humans, Jeanette Thompson-Wessen, a nutritionist in the United Kingdom, told CNN.

But yo-yo dieting – when a person loses weight only to regain it – can be bad for a person's mental and physical health, nutritionists say. It not only can lead to negative emotions about body image and depressive symptoms, but some studies have shown it also affects cardiovascular health.

One study involving 6.7 million people found that weight cycling – the formal term for yo-yo dieting – can lead to variability in body mass index, blood pressure, glucose and cholesterol. People with the greatest variability in these heart disease risk factors were twice as likely to die of any cause. And those with the most variability in BMI were 14% more likely to have a heart attack or stroke.

Should you accept your body's set point?

Nutritionists say it's important for people to listen to their bodies, because there's not a single size that determines health. People who must severely restrict their eating habits and work out excessively to maintain a certain shape and size probably are not living at their bodies' natural weight.

Also, forcing the body into starvation mode can be dangerous. It can lead to lethargy, chills, depression, constipation and hair loss. This is different from true starvation, but people who develop an unhealthy relationship with food are more at risk for eating disorders such as anorexia. An abnormally low body weight can lead to heart arrhythmias, an imbalance of important electrolytes, organ shutdown and death.

The set point theory gets complicated, though, because it is possible to override the body's natural mechanism for maintaining a healthy weight. Most studies on this have focused on people with obesity. Their excess body fat increases the risk for serious medical conditions, including heart disease, high blood pressure, diabetes and certain cancers. Over time, their bodies start to defend the higher weight, making it the new "normal."

There are ways to reset natural body weight in the opposite direction for people whose current "normal" is unhealthy, but it takes time. Instead of adopting a very restrictive diet, people can make gradual changes to their eating habits so that their body systems, including hormone levels and neurotransmitters that affect appetite and energy balance, have time to adapt. A dietitian or nutritionist can offer support and guidance as the body adjusts to a new "normal" weight.