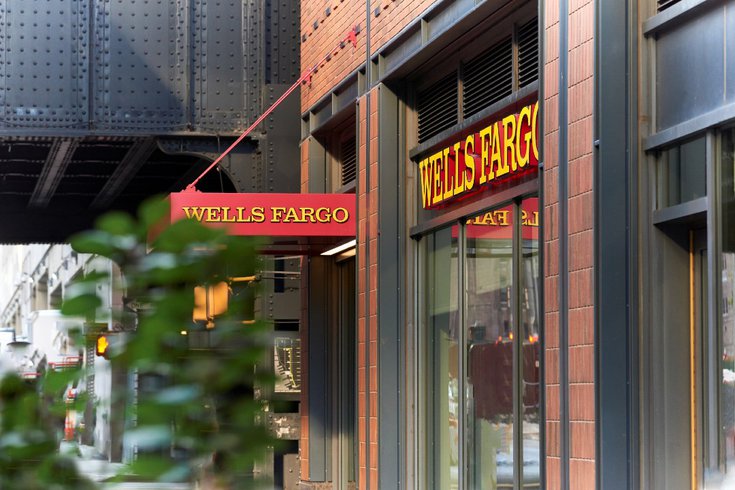 Wells Fargo announced it will close 24 of its bank locations across the country to cut back on costs, including two in the Philadelphia area.

Wells Fargo is set to close 24 more of its bank branches — two of which are in the Philadelphia area — to cut down on costs.

The closure of the two regional locations, in Montgomery and Delaware counties, are part of the bank's plan to scale back billions from its budget to keep up with competitors, the Philadelphia Business Journal reported.

One of the affected locations is in front of the King of Prussia Mall, at 694 W. Dekalb Pike, and the other is on Villanova University's campus at 800 E. Lancaster Ave. Two more branches in Berks County (Shillington and Wyomissing) are also set to close.

This group of branches is the latest of Wells Fargo's applications to close. So far, the bank has submitted 138 applications to the U.S. Office of the Comptroller of the Currency in this year alone.

Last year, the San Francisco-based bank closed 329 of its 5,200 branches and has plans to close 250 more this year. Wells Fargo will still have dozens of banks in Philadelphia and the surrounding suburbs in Pennsylvania and New Jersey.

Bank branches have been closing across the country as more customers are becoming more comfortable with mobile and online banking.

TD Bank announced earlier this year that it planned to close 81 of its 1,223 branches, including 11 in the Philadelphia region. PNC also closed 160 locations last year with plans to slash another 120 this year.

However, experts say these closures are not a direct result from the coronavirus pandemic. Banks steadily have been closing their brick-and-mortar locations over the past decade. From March to August of 2020, banks submitted 893 closure applications to the OCC, while 967 applications were filed during the same time period in 2019.

Earlier this year, Wells Fargo announced plans to close its 5458 Germantown Ave. location in Germantown and another at 2300 Snyder Ave. in South Philadelphia.

Charles Scharf, CEO of Wells Fargo, said the company needs to reduce annual expenses by at least $10 billion, which is 20% of its annual cost base.

Philadelphia's metropolitan branches were reduced to 161 from 172 since the FDIC's annual deposit data was recorded last June 30. The broader region saw Wells Fargo banks drop from 281 to 265 across Delaware, the Jersey Shore, the Lehigh Valley and Berks County.

The Philadelphia Business Journal published a the list of local 18 branches Wells Fargo has closed since June 30, 2020.