The fire broke out around noon on Saturday afternoon 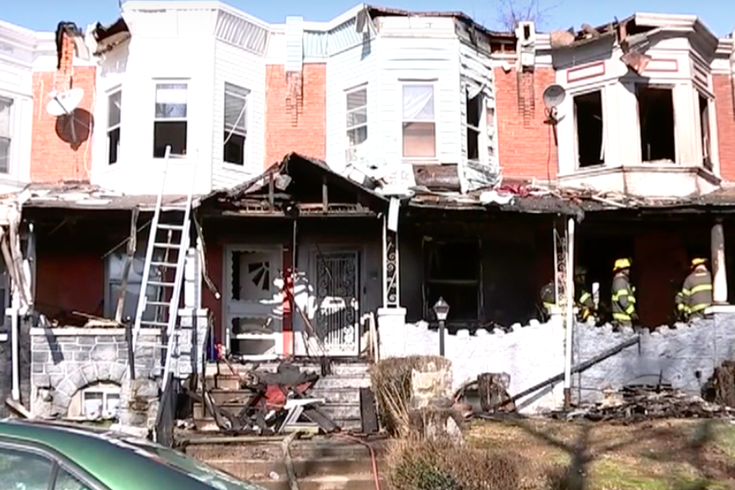 A fire that broke out in West Philadelphia on Saturday afternoon left as many as nine two-story rowhomes damaged and more than 20 residents of the neighborhood displaced.

A fire that broke out in West Philadelphia on Saturday afternoon left as many as nine two-story rowhomes damaged and more than 20 residents of the neighborhood displaced.

The fire started around noon on the 6100 block of Walnut Street near 61st Street, firefighters said. It took first responders about a half hour to control the fire.

The Red Cross was called in to assist and help displaced residents, and the Red Paw Relief Team said that eight pets—including six cats and two dogs—were impacted by the fire and safely recovered.

The fire is out. Here’s what it looked like earlier this morning pic.twitter.com/9f4ZWGxx3u

"I opened my door and smelled smoke, and looked down and saw the house engulfed in flames," resident Cleo Taylor said to KYW Newsradio. "I just started screaming, 'Get out the house! Get out the house!'"

"It was so fast,” Taylor continued. “I've never seen anything like it before."

“When I opened the door, I could see smoke and fire just coming down,” resident Nafiese Salaam said to CBS3.

“All I know is me and my cousin were in the house,” resident Rashon Mosley said to CBS3. “We were sleeping. I heard a loud noise banging on the door.”

“All I hear is her screaming my name, ‘Rashon, Rashon, Rashon’”, Mosley continued. “I jumped out of bed, rushed downstairs. They pulled me out of the home.”

No one was injured in the fire, which the cause of is still under investigation by city officials. It’s unclear when residents will be able to return and when homes will be restored.

“All these homes, I grew up with all these people,” Mosley said. “They don’t have anywhere to go. They’re homeless. It’s so scary. I feel bad for everybody whose house was affected by this.”