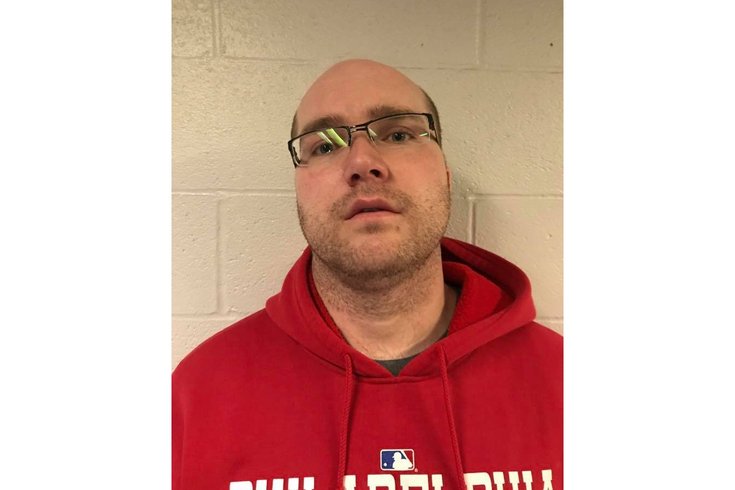 A West Reading Borough councilman was arrested Friday and charged with robbing a drug store in the town he serves, and stealing more than $16,000 in prescription pain medication.

Kirk Mullen, 34, was wearing a ski mask, jeans, and a sweatshirt when he allegedly robbed the West Reading Drug Store on Feb. 19, according to a release from the Berks County District Attorney’s office early Saturday:

Mullen has served as a councilman in West Reading since 2018, according to the Reading Eagle.

“In my 12 years as district attorney I do not recall having someone in a position like this being charged with a felony offense,” District Attorney John T. Adams told the Eagle. “We are all shocked and surprised.”

Mullen allegedly stole $16,395 worth of Oxycodone and OxyContin, according to police.

On Feb. 28, the Berks County Detective’s Office obtained a sealed search warrant for Mullen’s residence after interviewing witnesses and canvassing the neighborhood.

Police found items taken from the drug store in Mullen’s residence, including a bottle of Oxycodone under Mullen’s bed, according to the Eagle.

Mullen is currently in custody and charged with robbery, theft by unlawful taking, and possession with intent to deliver. His bail is set at $200,000 secured.