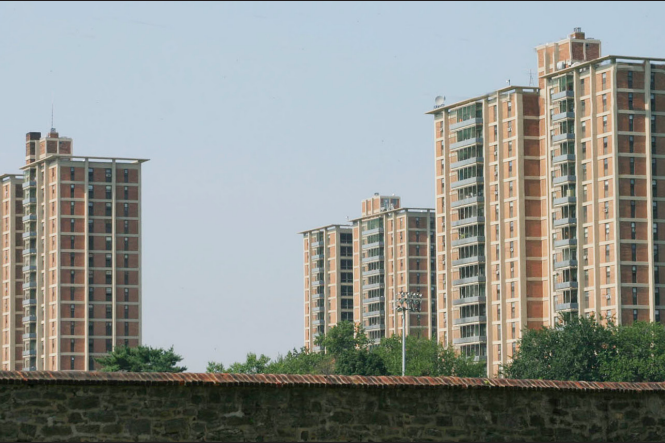 The Philadelphia Housing Authority has taken a step forward in its plan to rebuild its Westpark Apartments complex in West Philly as a mixed-income community by reaching a pre-development agreement with two New York real residential real estate firms.

The Philadelphia Housing Authority has picked a team of New York developers to reimagine the Westpark Apartments, a nearly sixty-year-old high-rise complex on 44th and Market streets in West Powelton, as a modern mixed-income neighborhood.

A pre-development agreement with New York residential real estate firms L+M Development Partners and MSquare was approved by the PHA's commissioners on Thursday according to a press release. Now, the developers and PHA can begin drafting a final plan for the site.

The 12-acre complex's 327 existing low-income apartments will be replaced. PHA hopes to add an additional 323 market-rate rentals in addition to new commercial space.

The updated complex will be very different from the current Westpark Apartments. PHA hopes to replace the looming towers with a mix of townhomes and low rise apartments which would feel more connected to the rest of West Philly.

Westpark, which was built in 1964, was PHA's last project to be designed around the antiquated "towers in a park" model. The design,  pioneered by French-Swiss architect and urban planner Le Corbusier, was considered cutting edge after World War II, which is why so many American apartment complexes from the mid-twentieth century are built that way.

But the model fell out of favor in the U.S. a because it makes complexes feel disconnected from their surrounding neighborhoods. Additionally, the ample grass between towers was less useful to residents than designers had hoped and furthers the sense of disconnection between buildings.

The 19-story high rises in Westpark are some of the last remaining public housing towers in Philly. Since the 1990s, most have been demolished or converted to senior housing.

Because PHA's federal funding was cut significantly after the project was completed, the authority has had trouble maintaining the buildings. Now, getting the building up to modern standards would cost $50 million, not including any updates to the apartments themselves.

City council discussed plans to sell the tower in early 2020. That came a few months after the complex made national news in July 2019 when a fire broke out in one building, leading a man to scale 15 stories on the outside of the structure in an attempt to rescue his wheelchair-bound mother.

PHA will start the process of moving residents out of Westpark over the next 90 days or so, said Kelvin Jeremiah, the authority's president and CEO. They will have first dibs on the low-income units when construction is complete.