Although the governor often publicly supports efforts to stem greenhouse gas emissions, activists say he's not doing enough to meet his own goals for the state 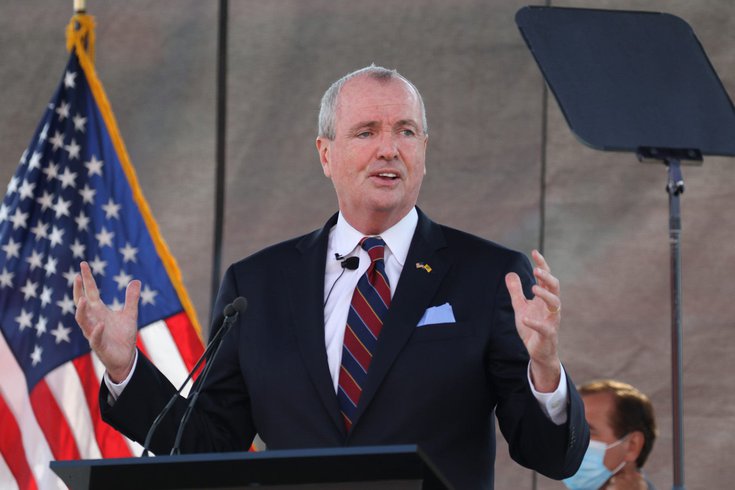 NJ Empower, a coalition of 120 New Jersey environmental groups, are suing Gov. Phil Murphy's administration for what they see as the state's inaction on climate change. One project they oppose is the expansion of the Gibbstown Logistics Center Terminal so it can accommodate shipments of natural gas from Pennsylvania.

When Democratic Gov. Phil Murphy replaced his Republican predecessor in 2018, many New Jersey environmental activists expected to see the state take dramatic steps in its effort to fight climate change.

However, an increasing sense of dissatisfaction has now led a coalition of 120 environmental groups to sue the New Jersey Department of Environmental Protection for what they see as a lack of meaningful action from the Murphy administration towards climate issues.

Although the governor has made some moves environmentalists appreciate, like rejoining the Regional Greenhouse Gas Initiative and embracing offshore wind power, members of the Empower NJ coalition – which includes the New Jersey Sierra Club, BlueWaveNJ, Food & Water Watch and the state branch of the Green Party – believe he hasn't done enough.

In particular, they say the governor is not in compliance with one of his own executive orders on climate change.

After Hurricane Ida last November, Murphy committed the state to lowering its greenhouse emissions to 50% of 2005 levels by 2030. That was supposed to serve as a benchmark in the state's larger already established goal of having 100% clean energy and an 80% reduction in emissions by 2050.

But NJ Empower says Murphy already committed to the 2030 goal, known as 50x30, when he joined the United States Climate Alliance – a coalition of governors looking to uphold the goals set by the Paris Climate Agreement.

The state is not on track to meet the 50x30 goal according to NJ Empower, so in July 2021 they filed a petition with NJDEP requesting that the state move to meet the benchmark by "implement(ing) the means necessary to achieve the reduction" and imposing new restrictions on fossil fuel projects in the state.

After months of deliberation, the NJDEP rejected the petition earlier this week with the reasoning that no single state agency or isolated policy shift can affect the kind of change New Jersey would need to meet that goal.

"There are only two ways to look at DEP's outright denial of our petition: DEP has gone rogue or this administration is uninterested in pursuing its own stated policies and state law," said John Reichman, the chair of BlueWaveNJ's environment committee.

"If the governor's recent State of the State address is any indication, where climate change was virtually ignored, the latter appears to be the case," he said. "Anything less than 50×30 would be too little and too late, so we're taking DEP to court."

Murphy does often publicly acknowledge the risks global climate change presents New Jersey, and he has thrown his weight behind offshore wind projects and created a state Office for Climate Action and the Green Economy – but NJ Empower believes more needs to be done.

"None of the administration's existing or proposed climate rules will prevent the continued proliferation of dirty pipelines, power plants and other new sources of climate destroying pollution in New Jersey," said Matt Smith, the New Jersey director for Food & Water Watch.

One South Jersey fossil fuel project NJ Empower has vigorously opposed is the expansion of Gibbstown Logistics Center Terminal, a port on the Delaware River, to accommodate a new dock where natural gas from Pennsylvania will be moved from rail cars onto ships.

The Trump administration issued a special permit for the project in 2019, and in December 2020 the Delaware River Basin Commission, including the interstate compact's New Jersey delegation, voted unanimously to approve the project, which requires the dredging of a new deep water port.

While a statement the Murphy administration provided NJ Spotlight News at the time said the governor still opposed the project and would work to stop any natural gas transfers from happening there, it described the DRBC vote as a decision centered solely on the dredging permit and the construction of a dock.

But the vote did green-light the natural gas project, and a Murphy spokesperson declined to address NJ Spotlight News' question about how the governor could reconcile both approving and opposing the project.

In November, a coalition of a dozen South Jersey towns and environmental groups lobbied the Biden administration to deny any attempts to renew the permit to transport natural gas in Gibbstown.

Opponents of the project call the railcars the natural gas would arrive on "bomb trains" because they would potentially expose the densely populated areas they would roll through, like Philadelphia and Camden County, to an increased risk of explosions.

Activists also said the project would stimulate natural gas extraction in Pennsylvania, which would lead to an increase in greenhouse gas emissions.

"Since Governor Murphy first took office, the climate emergency, as well as racial and democratic crises, have accelerated," said Eric Benson, the NJ campaign director for Clean Water Action. "Urgent action on climate change is needed now to create a healthier future for New Jersey families and generations to come."