Nina Strohminger posted the revelation to Twitter on Wednesday night, where thousands of users quickly shared their thoughts 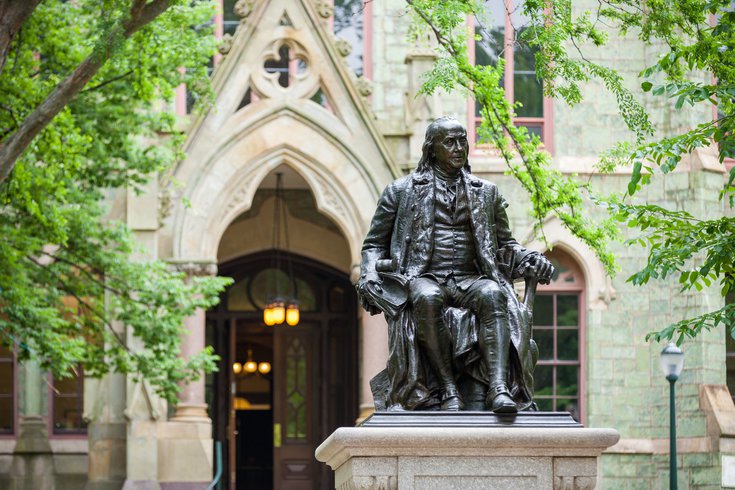 A University of Pennsylvania professor went viral on Twitter on Thursday after asking a group of Wharton students how much money they believe the average American worker earns each year.

A group of University of Pennsylvania students gave startling answers when asked by their professor what they thought the average American worker earns per year – 25% believed the mean annual income topped $100,000 and one student responded that it was $800,000.

The question had been posed by Penn Professor Nina Strohminger, who teaches legal studies and business ethics. She tweeted about the responses Wednesday night.

In reality, the average annual income in the United States in 2020 was $56,310, according to the U.S. Bureau of Labor Statistics. The median household income – calculated by taking an entire data set and organizing it from least to greatest to determine the number at the midpoint – was $67,521, which is less than in 2019 and was the first significant drop since 2011.

While Strohminger said she wasn't sure what to make of the students' responses, she explained that the answers aren't entirely shocking. It's common for people to believe that the gaps between the rich and poor are smaller than they really are, she said.

A lot of people want to conclude that this says something special about Wharton students— I’m not sure it does. People are notoriously bad at making this kind of estimate, thinking the gap between rich and poor is smaller than it is.

The average family income of a Penn student is $195,500, according to data from the New York Times. That analysis also finds that 71% of the school's student body comes from the top 20% of earners in the country.

Those statistics may be most insightful into the student's responses, said a professor responding to Strohminger's tweet.

A person's perception of what others make is influenced by his or her own income, said Stefanie Stantcheva, a Harvard economics professor who published research that touched on the topic in November. She said she has found wealthy people tend to think everyone is wealthy, too.

As many Twitter users pointed out, Philly is well-known as the poorest big city in the United States. The U.S. Census Bureau's American Community Survey five-year estimate from 2015-2019 (the most recent figures compiled) says the median household income in Philadelphia was $45,927, and nearly a quarter of its residents live in poverty, according to recent U.S. Census data.

That poverty is not evenly distributed across all parts of the city.

Pew Charitable Trust's "State of Philadelphia" analysis from 2021 shows the poverty rate is highest in the north and west sections of the city. In North Philly and University City, 45% and 30% of residents live below the federal poverty line, respectively.

Development of University City during the last several decades ha displaced West Philly residents, as people struggle to keep up with the increased market values of homes in the trendy neighborhood.

Dubbed "Penntrification" by students and community members, the development of Penn's and Drexel's campuses have changed the landscape of West Philadelphia and the rest of the city.

By Thursday morning, thousands of Twitter users had responded to Strohminger's posts, reacting to the disconnect between the Wharton students and the section of the Philly where they live and attend college, as well as how at odd their perceptions were with the reality of income level throughout the United States.

What's especially wild is they are smack dab in a community that has really high levels of poverty and they still think this. https://t.co/8fL56oqh5G

During contract bargaining earlier this year, I asked my Berkeley students how much they thought lecturers made, and most of them said 100K or up. The median is closer to 20K. Even public university students don't have a grasp on what people really make. https://t.co/3F7lPjqU8f

This sort of unreality--even or especially among ppl who are supposedly the brightest bulbs--goes a long way to explaining why political and cultural discourse is way off course. https://t.co/XFlPDJtErk

It's some kind of disconnection with reality. Wharton is a big deal. It would be really interesting to study this...

This article was updated after it was originally published