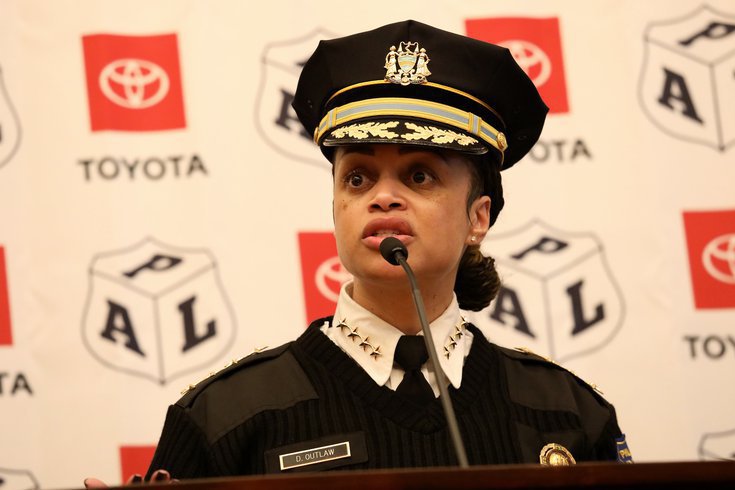 Peter Fratus, 40, of West Dennis, was sentenced Wednesday by a U.S. District Court judge to four years in prison and three years of supervised release for sending the threatening messages to Outlaw, prosecutors said.

"Peter Fratus apparently thought he could make violent physical threats with impunity, but today's sentencing proves how wrong he was," said Jacqueline Maguire, Special Agent in Charge of the FBI's Philadelphia Division. "Threats to life are most certainly not protected speech, and the FBI will continue to work with our partners to hold accountable anyone who crosses the line and commits these criminal acts."

Fratus was arrested nearly two years ago after sending a pair of racist, threatening emails in June 2020 to Outlaw's city email address, according to prosecutors. Fratus asked Outlaw where she lived in one of the messages.

The FBI linked the emails to Fratus and confirmed the origin with forensic evidence. He was convicted last September on charges of transmitting threatening communications in interstate commerce.

The messages came amid the protests that swept the nation following the murder of George Floyd by Minneapolis police officer Derek Chauvin.

Fratus told U.S. District Court Judge Gerald J. Pappert that he was drunk when he sent the emails and didn't remember typing them, according to the Inquirer.

"Sending threats online is a serious federal crime, whether the victim is a private citizen or a prominent civic leader," U.S. Attorney Jennifer Arbittier Williams said. "The public can rest assured that our office, together with our law enforcement partners, will work tirelessly to identify anyone who does this in order to ensure they’re held accountable for their actions."

Outlaw took over as Philadelphia's police commissioner in February 2020 after previously leading the Portland Police Department.