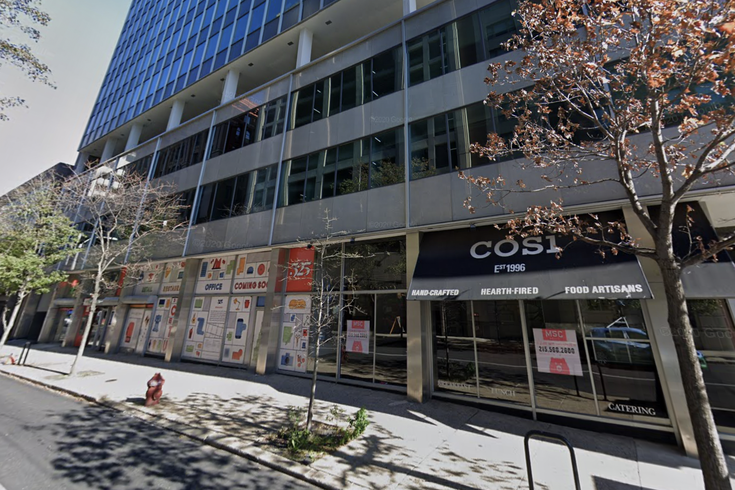 A woman was killed inside a Philadelphia office on Wednesday by a man who hit her multiple times with a pipe, police say. The attack occurred at 2:15 p.m. inside the Regus building on the 300 block of Chestnut Street in Old City. The man has been arrested but his identity has not been released yet.

A woman suffered fatal injuries at an Old City office building Wednesday after she was struck repeatedly in the head by a man wielding an iron pipe, Philadelphia police said.

The incident happened at the Regus building on the 300 block of Chestnut Street. The 31-year-old victim was assaulted in suite 800 around 2:15 p.m., investigators said.

The woman, a New Jersey resident who identity has been released, suffered severe head injuries and was transported to Jefferson University Hospital where she was pronounced dead around 3:15 p.m., police said.

The suspect was taken into custody and police said the pipe used in the attack was recovered,. He was not immediately identified, but police described him as a 48-year-old man from Philadelphia who had been renting two offices on the eighth floor of the building.

Witnesses told police that the victim was a team leader at the Regus, which rents out office space to businesses of various sizes. Police said there were about 20 911 calls placed after the incident.

"There were numerous witnesses inside the property, about 10 total witnesses on the eighth floor when this incident took place," said Philadelphia Police chief inspector Scott Small. "They tell me that this 31-year-old female was sitting at the receptionist desk when the male walked up to her and began hitting her in the head."

Small said the victim was struck in the head at least five times.

The motive in the fatal attack is still under investigation, but authorities believe the victim and suspect may have had a past altercation.

"We know that they know each other," Small said. "We believe there may have been some arguments or problems in the past, however, we are still working on that information."

The suspect was taken into custody after police encountered him getting off an elevator. He was covered in blood and carrying a bag with two pipes that authorities say had been used in the attack.

The suspect was questioned by homicide detectives on Wednesday and charges have yet to be announced.