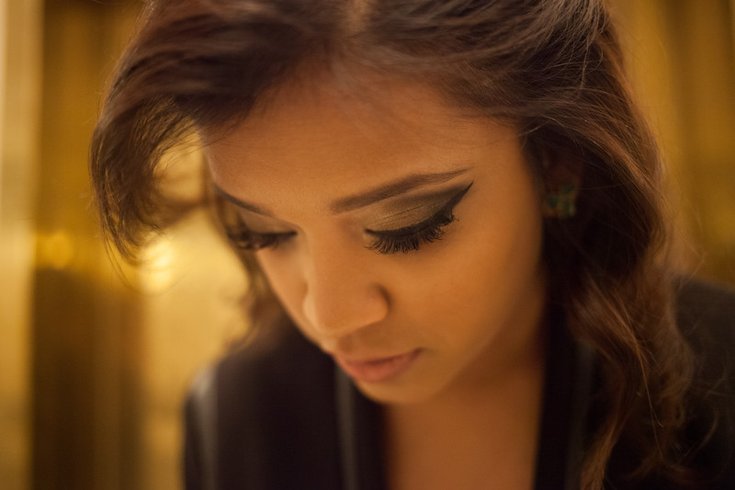 Lashes after a LashBee treatment.

"Eyelashes aren't something people usually notice, but they will notice your eyes," Anjali Bhatia, co-founder of Philly startup LashBee, told PhillyVoice. "So when eyelashes are thicker and darker, people will think you look prettier, even if they don’t know what it is."

Beautifying eyelashes, the 27-year-old said, is a practice that extends all the way back to Ancient Egypt, when even men would style their eyelashes. She, alongside her 28-year-old co-founder Erin Soletski, are continuing that long-running style custom through LashBee, an engineer's take on synthetic lashes created as part of Penn's I-Corps Accelerator Program. Additional funding was awarded from the Wharton Venture Initiation Program and the Wharton Innovation Fund.

What the startup aims to do is perfect the technique of lash lengthening, thickening and darkening while -- and this is LashBee's long-term selling point -- reducing application time.

“We’ve put a lot of R&D into making new tools and products that last longer and are safer, and our general goal is to engineer enough tools that the extension process takes [away] 70 percent of the time it takes right now," Bhatia said.

Presently, applying lash extensions for the first time takes about two and a half hours, not exactly ideal for an after-work escape. The tool LashBee is developing is an eyelash separator that would speed up the process by more easily isolating lashes, reducing the process to less than an hour.

The company's lashes are different than what is standard, Bhatia emphasized, because they're not glued to the skin and are lightweight, made from a synthetic fiber that mimics silk. The startup's lash stylists also add extensions to every single lash, regardless of how many there are.

The lash extensions are considered "semi-permanent," because lashes shed after three months; touch-ups are recommended every three to four weeks.

Bhatia said the co-founders are skipping the storefront model for their services in favor of taking their product to where women are likely to actually find it. 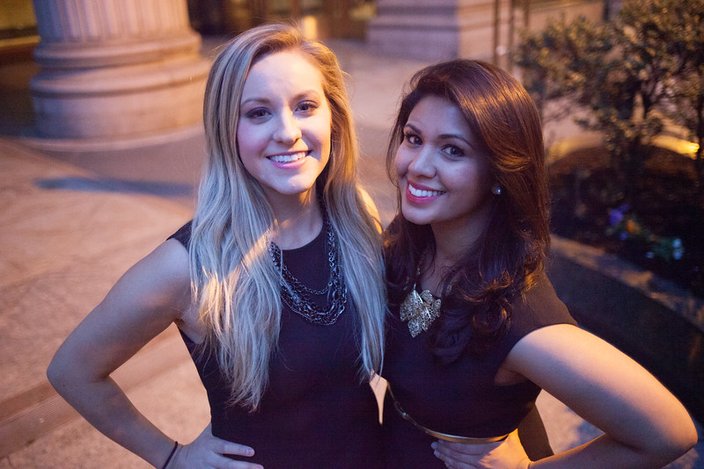 "It used to be that women would always go to their salon only, but now it’s kind of like everyone is so busy or in a rush they might go to what’s closest to work one week and what’s closest to home another week," she added. "We want to offer LashBee and that same consistent experience in different parts of Philly."

To start, LashBee is styling out of anjuthreads' Center City salon for the first six months of operation, before expanding elsewhere. Those services launched just last week.

For now, the company is focused on educating customers about the allure of their product and eyelash extensions in general -- which ranges from cutting prep time in the morning to de-stressing brides who risk running mascara during their inevitable happy cry.

"We did a big wedding show at the Convention Center with David Tutera, who’s a big celebrity planner, and at first, I would keep having to pitch to the different brides what we’re doing," Bhatia said. "Then I found that all I had to do was close my eyes and for them to see it, and they were so excited.

"What we’re really seeing is that the most effective thing for us is not necessarily marketing and throwing out all these buzz words of why we’re better but instead just letting people come and see it."

LashBee will seek an additional round of funding in the next year, Bhatia said. In the meantime, it is hiring four lash stylists.