What to expect from The Barnes' new Picasso exhibit

A preview of 'The Great War, Experimentation and Change' 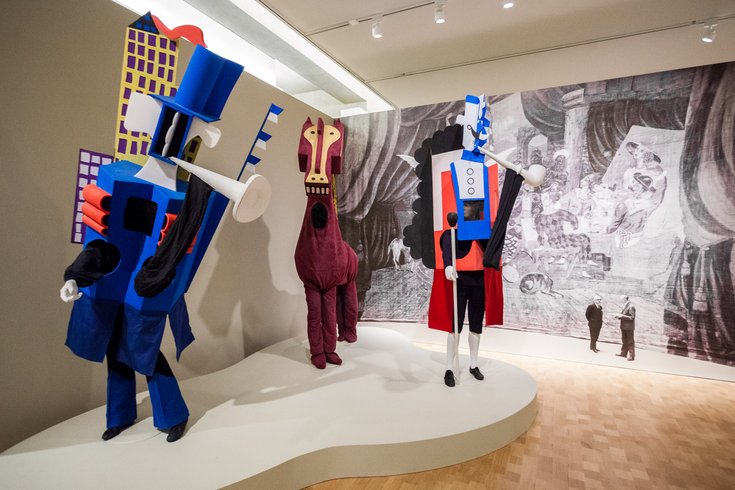 Pictured from left to right are recreations of Picasso's American Manager, Horse and French Manager costumes from the 1917 play "Parade."

Ask "Picasso: The Great War, Experimentation and Change" curator Simonetta Fraquelli, and she'll tell you that one question is all it takes to make a new Pablo Picasso exhibit worthwhile. Just one more curiosity about the many-sided life and works of the esteemed Spanish artist.

And Fraquelli found a question, during a moment of intrigue at the Columbus Museum of Art -- a partner for the exhibition. She looked at "Still Life with Compote and Glass," a 1914 cubist painting created just as World War I broke out, and realized it marked an end of one style and beginning of another, immediately preceding a time when his work took on a naturalistic representation. To her, it begged for examination of all the works surrounding the period of 1912 to 1924. Since abstraction and expressionism were rooted in German art of the period, it's possible that Picasso began working in classical figure drawings and paintings, just as his cubist work was gaining acclaim, in response to anti-German fervor during World War I.

Thus, the question on Fraquelli's mind was, how did the political backdrop of World War I influence Picasso's work? 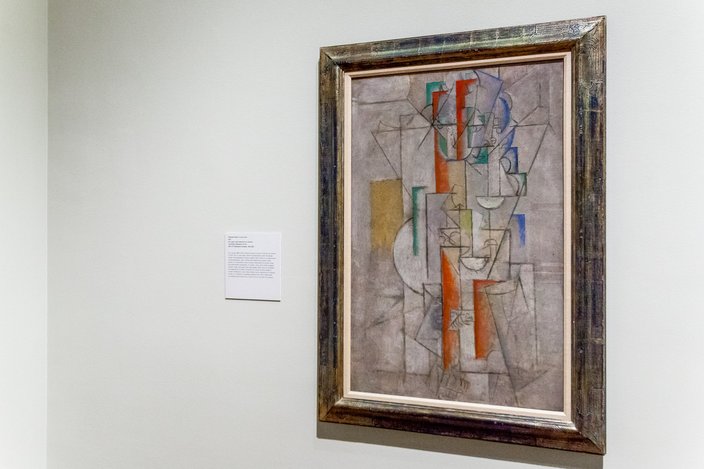 Rather than answer that outright, The Barnes Foundation's newest exhibition asks viewers to make sense of the artist's vacillating styles between 1912 and 1924, eclectic works of a man who, Fraquelli told PhillyVoice, was "always experimenting" and "never standing still."

“I want people to look again at cubism and see how it did relate to these naturalistic and later classical works he was doing -- to see this divergence, but at the same time similarity between the two," she said. "With cubism, the general public comes to things with a fresh eye and might find cubism difficult to approach, and I think this show opens another avenue or another way of looking at things. It challenges you."

Strolling through the six-room exhibit, open to the public Feb. 21, you won't find any literal images of war among the 50-plus works. Instead, the war becomes a thoughtful timeline used to chronicle Picasso's blending of classical and cubist styles during a culturally tumultuous time period in France.

"I think what is more interesting about him is that even though he’s very well aware of what’s going on ... there aren’t images of war," Fraquelli said. "These are responses in his own art to a certain historical moment in which he was living: the war. I think his choices may have been informed by the fact that it was that moment." 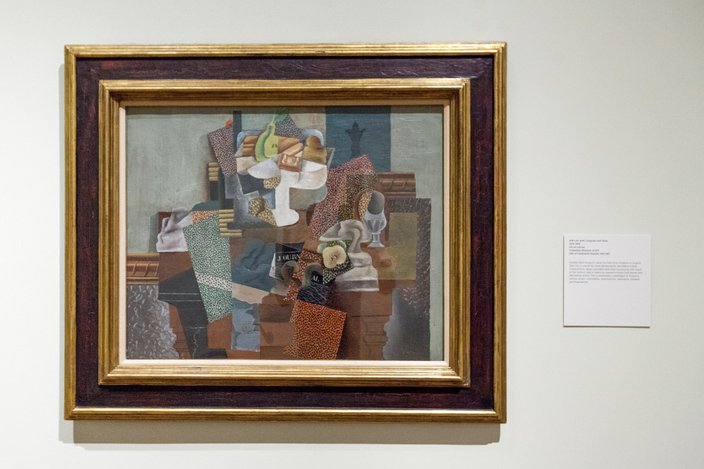 Inside you'll see an initial evolution of Picasso's cubist works (1914's "Still Life of Compote with Glass" and its array of colors, contrasting with the fairly monochromatic "Female Nude" of 1912), a classical 1917 drawing of his Russian wife, Olga Kholklova, and, lounging in a room of post-war work, a 1920 piece called "Seated Woman" that marries his neoclassical figure-drawing with the practices more common in cubism (see: those gargantuan hands). Cubist works bookend the exhibit -- though patrons will notice a thought-provoking blend of classic and cubist sketches and paintings in the middle. 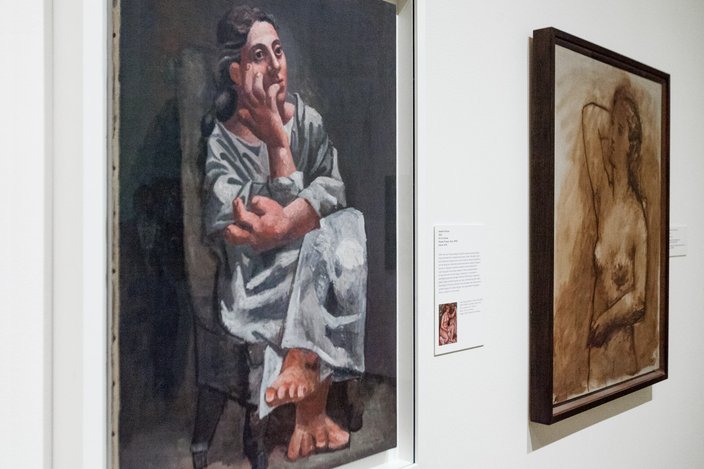 In a surprising twist, rounding out the collection are three Picasso-designed costumes recreated from "Parade," a 1917 ballet which premiered in Paris. It was the first time the artist experimented with animating his work on the stage, and was possibly a motivator for his continued cubist progression after the war.

"I think what’s interesting, and why I wanted to include them, was to show them in relation to ["Harlequin with Violin"], and we have two kinds of cubistic figures in the American manager and French manager, and this horse that has this head that looks like an African mask," she explained. "So he’s drawing again on various styles, forms of art, and he was very interested in African art and he’s molding them all together in this slightly unusual format, which is costume design -- unusual in the sense it’s the first time for him he did this.

"I think it gave him free reign to experiment."

Supplementing the exhibit is a 3-minute video clip connecting the war with cubism and a lineup of photos showing Picasso among friends and contemporaries. You'll also find reference works, Fraquelli said, from Diego Rivera, Henri Matisse, Jean Metzinger and more.