What fingernails and toenails can tell you about your health

These changes – plus 'pitting' and 'clubbing' – should not be ignored 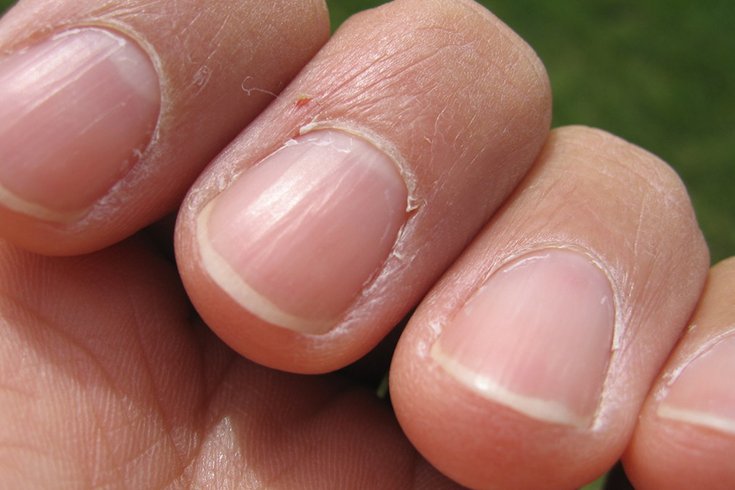 Our fingernails (and toenails) may seem insignificant, but they are a little window into what is going on inside the rest of our body.

Fingernails and toenails may seem like such a superficial part of our bodies. We cut and shape them when they grow too long and paint them when we want to look more attractive, but probably don’t think too much else about them – unless one of them gets injured or infected.

Our nails, produced by living skin cells in the fingers and toes, are made up largely of keratin, a hardened protein and ingredient in skin and hair. But it turns out though that our nails play a bigger role in our overall health: they are actually a little window into what is going on inside the rest of our body.

Here are some changes to your nails that you shouldn’t ignore: (Sources include Mayo Clinic, Cleveland Clinic and Penn Medicine.)

• Brittle nails are often a symptom of anemia or thyroid disease

• White cloudy spots on your nails are actually quite common and relatively harmless, but Cleveland Clinic warns that “distinct white spots on the nails” could signal a more serious problem

• A lot of side-to-side lines on your nails may be a sign of stress, Cleveland Clinic says. If those lines are brown in color, a mole or melanoma might be the culprit

"Nail pitting," which the Mayo Clinic describes as “ice pick-like depressions in the nails” often appear in people suffering from psoriasis or connective tissue disorders as well as certain autoimmune diseases, like alopecia areata.

"Nail clubbing" is a phenomenon when “the tips of the fingers enlarge and the nails curve around the fingertips” It usually develops gradually over several years in people living with lung disease, inflammatory bowel disease, cardiovascular disease or liver disease.

If you start to notice indentations in your nails – a thing known as “Beau’s Lines” – know they will develop sometimes because of injury or illness including uncontrolled diabetes, peripheral vascular disease, scarlet fever, pneumonia and a zinc deficiency.

If you are concerned about changes to your fingernails or toenails, talk to your doctor as soon as possible. Any underlying condition will have to be addressed, but you can also improve the health of your nails by eating a healthy diet and getting the right amount of Vitamin B and Zinc.