Why do people faint? 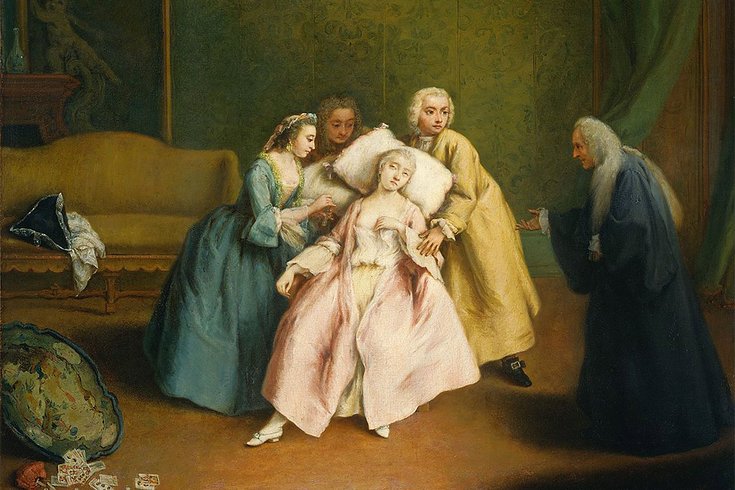 Maybe it’s a bride standing in a hot chapel, or an exhausted runner after a race. It could be someone watching a medical procedure on television or a donor at a blood drive.

Maybe you’ve even experienced it yourself. You start to feel lightheaded, your stomach may hurt, your palms are sweaty, your vision closes in, your ears start to ring …. Then you wake up on the floor, staring up the ceiling, and realize you’ve fainted. What happened?

Fainting – or what medics more technically call syncope – can be caused by a number of factors. Ultimately it comes down to not enough blood getting to your brain.

MORE HEALTH: Here are some natural remedies for dealing with insomnia

Sufficient blood pressure is necessary in order to deliver blood – and therefore oxygen – to all of the tissues in your body. The brain, which when you’re sitting or standing is above the level of your heart, especially relies on sufficient pressure to overcome gravity and drive blood up to your head.

So what can interrupt that process and cause you to hit the deck before you even know what’s going on?

By far the most common trigger for fainting is a drop in blood pressure due to a strong vasovagal response. This reflex is named after the vagus nerve, which runs from your brain to your heart, lungs and digestive tract.

For example, in the heart, the vagus nerve releases a neurotransmitter called acetylcholine. Acetylcholine binds to special pacemaker cells to slow the heart rate down. Behaviors such as deep, slow breathing during yoga try to increase parasympathetic activity, slowing the heart and leading to a more relaxed state.

While relaxation is a good thing, slowing the heart down too much is not – as when it leads to a brief loss of consciousness. You need your heart rate to be a certain number of beats per minute in order to contribute adequately to your overall blood pressure.

An increase in parasympathetic activity reverses this resistance, allowing blood to linger in the peripheral tissues rather than heading to the heart and brain. A lack of resistance, along with the lowered heart rate, causes a dramatic decrease in blood pressure.

And you’ve fainted – or more technically, experienced a neurocardiogenic syncope. While sometimes embarrassing, it’s fairly common and, in itself, not overly dangerous.

WHEN A SIGHT OR SOUND IS THE TRIGGER

The physical causes of fainting make logical sense. But there’s some psychology involved here, too. Think about someone who faints at the sight of blood. What’s going on there that can lead to this overactive vasovagal response?

Whatever the cause of the fainting spell, the loss of consciousness is typically brief; most people will come to immediately after hitting the floor or even slumping over in a chair. In this sense, some researchers have suggested that fainting is protective. Once lying down, there’s no longer a gravitational challenge in delivering blood to the brain – it’s now at the same level as the heart. And, if one were actually hemorrhaging, or losing blood, the lying down, motionless posture would preserve blood and reduce further injury.

The process of going from standing or sitting to lying on the floor is actually one of the more dangerous aspects of fainting, though. Individuals may hit their head or other body parts on the way down, causing injury.

The idea that fainting may be related to the potential for blood loss, rather than a response to needles themselves or a medical procedure in general, has been a topic of recent investigations. In one study of healthy people, watching a video of a blood draw led to slightly greater activation of the parasympathetic response than did watching a very similar video of an injection, suggesting there is something special about the blood itself.

This same research group has also shown that, if a person believes they are able to stop the procedure at any time, vasovagal symptoms can be minimized. This suggests the feeling of fear or lack of control may contribute to the severity of people’s responses.

All the different causes for fainting and all the various reasons one person might be predisposed remain unclear, although it’s well accepted by scientists that females are more likely to experience syncope.

What is clear are some of the strategies that can help prevent fainting.

Remember that an occasional episode of vasovagal syncope is likely not of concern, as long as you haven’t been injured in the process. But if fainting occurs repeatedly, it’s worth scheduling a medical exam.

[Thanks for reading! We can send you The Conversation’s stories every day in an informative email. Sign up today.]