By Aner Sela, University of Florida 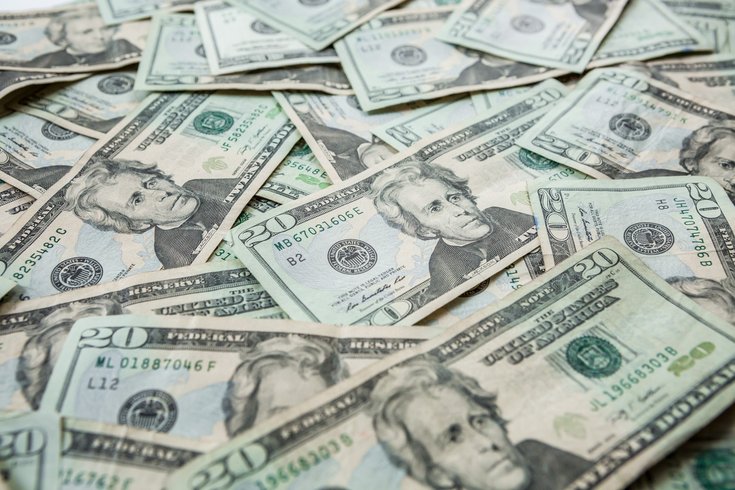 The advice to use your head, not your heart, might not be helpful after all.

We all make tough decisions, but choices relating to money send many of us running in the other direction. Unfortunately, ample evidence indicates that aversion toward financial decisions leads many of us to put off things like funding a 401(k), saving at a sufficient rate, or just doing a better job managing our credit card debt. All of these things can hurt our long-term financial health.

Economists and behavioral scientists have proposed several explanations for this phenomenon. For example, financial products are often quite complicated, and we may feel we lack the necessary expertise. We may be overwhelmed by too many choices – such as when picking mutual funds to put in our 401(k) portfolio.

But as valid as these reasons may be, my co-author Jane Jeongin Park and I felt that there was more to the story.

Take me, for example: I have an MBA with a concentration in finance and a Ph.D. in business, yet I still hate dealing with financial decisions. Whenever I get a statement from my bank, my instinct is to shove it in my desk drawer.

Clearly, knowledge regarding financial products or subjective perceptions of competence do not explain this type of behavior very well. What is going on here?

Our research suggests that the culprit might be our stereotypes about money matters. We discovered that people perceive financial decisions – more so than decisions in many other equally complex and important domains – as cold, unemotional and extremely analytical – in other words, as highly incompatible with feelings and emotions.

This may not be surprising considering how media gurus routinely caution people against allowing feelings to get in the way of our personal finances, and how popular culture often portrays Wall Street and other financial professionals as “cold fish” who are morally and emotionally apathetic.

Consistent with this notion, we conducted several studies to examine how people’s perceptions of their own thinking style might influence their tendency to avoid financial decisions.

In our initial study, we asked about 150 people to fill out an online survey, which involved several sets of questions. First, we asked about their tendency to rely on emotions in decision-making generally. We then tried to ascertain their tendency to avoid decisions in a range of domains, such as finance or health. We also asked specific questions reflecting engagement in everyday financial decisions like, “Do you read your bank statements?” or “Have you ever tried to figure out how much you needed for retirement?” Finally, we looked for evidence of financial literacy with questions like, “Do stocks or bonds normally fluctuate more over time?”

We found that the more people perceived themselves as emotional thinkers, the higher their tendency to avoid or neglect their personal finances. For example, people who ranked high on emotional decision-making were less likely to have ever tried to figure out how much they needed to save for retirement, read financial statements, or know the fees and interest rates on their credit cards.

Interestingly, this relationship did not extend to decisions in other areas, such as buying clothes or making health care decisions. It was also unrelated to respondents’ financial literacy or feelings of competence.

In four more separate studies, we led half of the participants to view themselves as emotional decision-makers and the others as more analytical. We did this by asking them to reflect on a prior decision in which they used either emotions or analytical thinking. In each study, we measured participants’ propensity to avoid – or engage in – financial matters by asking them to choose between two types of tasks – one involving financial decisions and the other one not – or by offering them an opportunity to take advantage of a financial workshop.

We found that when people were led to view themselves as emotional decision-makers, as opposed to analytical, they became more likely to avoid tasks in which they had to engage in financial decisions and instead preferred to work on other tasks that were equally difficult and time-consuming.

They were also more likely to decline our offer to participate in an educational workshop on personal finance, which could potentially improve their financial well-being.

In other words, our studies show that the more people perceive themselves as emotional beings, the more they feel alienated from money matters. This appears to be because they perceive the type of person they are – warm, emotional – as incompatible with how financial decisions are made – cold, unemotional.

So is there a way to get around this problem?

The good news is yes. We found that study participants were less likely to avoid financial decisions when those exact same choices were reframed as decisions about their lifestyle.

For example, in our survey, when we asked participants to think about choosing annuities for their retirement portfolio as “a decision about your life in retirement” instead of “a decision about financial investments for retirement,” seeing themselves as emotional thinkers no longer resulted in decision avoidance.

That’s a hack you can use to tackle a money matter you’ve been putting off. Try to picture the pleasant outcome you’re creating down the line, not the icky decision facing you right now.

These insights could also help employers, policymakers and financial product providers to present information in ways that make us more likely to engage – instead of run screaming. Advertising financial services as being about life outcomes, such as lifestyle goals in retirement, instead of as “financial investments,” may reduce people’s tendency to shun these decisions.

Considering that the cost of doing so is ridiculously low, this may be worth a shot.