Old Movies By The Sea originally operated as a nickelodeon, showing some of the earliest motion pictures 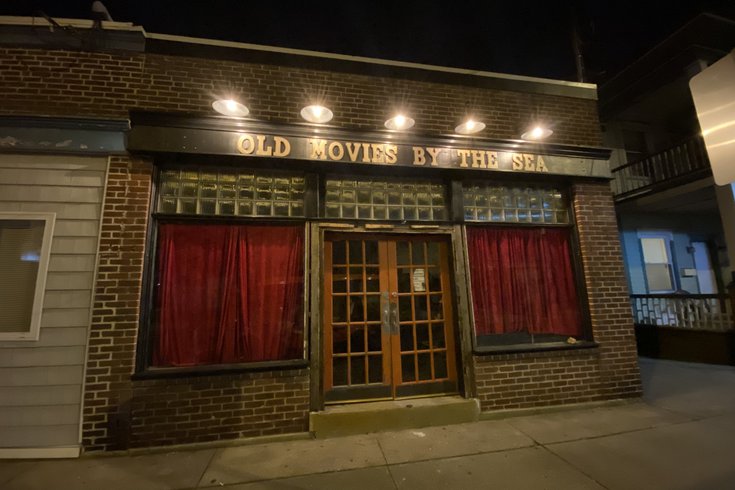 Old Movies By The Sea/Facebook

Wildwood's new movie theater, Old Movies By The Sea, is now open in the building that originally housed a nickelodeon theater in 1915. The venue will host movie screenings, private events and live entertainment.

A Jersey Shore movie theater that's more than a century old has been restored to its original glory after decades of being used for different purposes.

Glenn Kingsbury and his partner Karen Drew reopened Old Movies By The Sea last week, making it Wildwood's only operational movie theater – albeit a tiny one. It will also serve as an entertainment venue and event space.

"It's definitely something that the town is very interested in," Drew said. "Because (Wildwood) doesn't have anything other than the bowling alley, except for bars and restaurants. There's not a lot for people to do unless you want to go to a bar, restaurant or a bowling alley, you know?"

Although Drew said not many of the details of the venue's history are available, she did learn the building originally opened as a nickelodeon theater in 1915. Nickelodeons were early motion picture theaters that got their names from the typical cost of admission: a nickel.

The Wildwood theater, at 4005 Pacific Ave., eventually was sold, and over the years housed various businesses, including stints as a baby clothing store and musical instrument shop. Then it sat empty for a period until the 80s, when it was purchased by owners who, while remodeling the property, discovered the building's history as a theater and fashioned it as such. That theater eventually closed, and the venue has sat vacant since 2012.

Kingsbury and Drew regularly spend time in Wildwood. Even before they bought a house there, Kingsbury ran cheerleading competitions in the shore town as CEO of Spirit Brands. Drew said she had noticed the theater building was for sale while walking her dogs.

"I had always wondered what was in there," Drew said. "And I said, 'Oh my God, there's a for sale sign. At least we have to go check it out and see what it is.' When we went in, we realized it was a movie theater ... And we've been looking for a restaurant or something else to invest money in, because we do so much in Wildwood. This just seemed like a perfect thing to grab."

Drew and Kingsbury purchased the 1,200-square-foot venue in August for $170,000, and restored it as a theater with 40 seats. Old Movies By The Sea's name is inspired by the venue's age and its proximity to the ocean. It's also a nod to "The Old Man and the Sea," the 1958 film based on Ernest Hemingway's novel with the same title.

The theater has restaurant-style seating, and its menu of tapas was created by the Old Movies By The Sea's general manager ,who is also a gourmet cook. Drew and Kingsbury hope to obtain an outlet license to sell wines from local winery in the future.

During December, the venue will host a variety of holiday film screenings and family-friendly activities with appearances by Santa Claus. A New Year's Eve party is also is in the works for the end of the month.

"I think the town is going to be super supportive, and we're just really excited that we've got something new and different on the island that everybody can come in and enjoy," Drew said.

NOTE: The headlines and portions of this article were edited after the article was originally published.