Wired: Attendees at Paris climate talks will indirectly emit about 300,000 tons of CO2 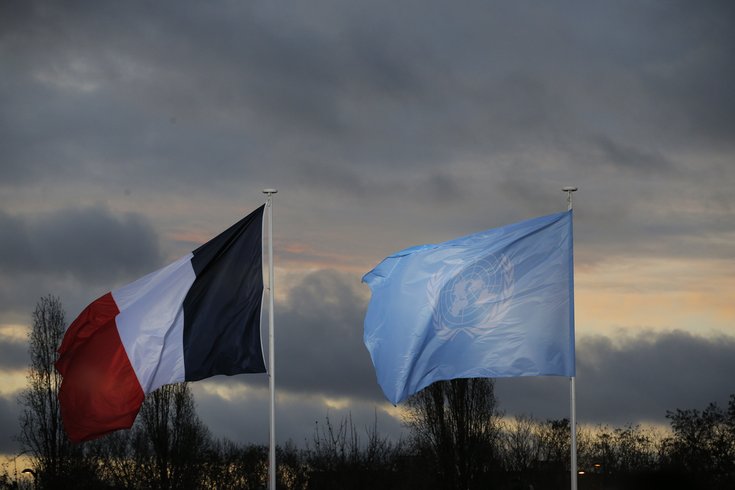 The flags of the U.N. and France fly as world leaders arrive for the COP21, United Nations Climate Change Conference, in Le Bourget, outside Paris, Monday, Nov. 30, 2015.

According to rough calculations by Wired reporter Nick Stockton, who is expected to be in Paris this week for the global climate-change summit, and Steven Stoft of climateParis.org and carbon-Price.com, an estimated 300,000 tons of carbon dioxide will inadvertently be released into the environment through the global attendees' travel and stay in Paris this week.

A more accurate calculation is expected to be released by the United Nations Framework Convention on Climate Change's newsroom soon. But, in the meantime, Stockton and Stoft tallied up the estimated emissions from travel, taxis, hotels, wining and dining expected to be indirectly produced by the about 50,000 attendees worldwide.

"Those people will arrive on trains, cars, but mostly airplanes. When flown at full capacity (and the airline industry being what it is, and the Paris meetings being what they are, there’s little reason to think the planes will be anything but packed), a Boeing 747 (a happy medium between private jets and bullet trains) gets about 16.5 miles per gallon of jet fuel. Between 50,000 attendees, that’s about 27 million gallons of the stuff.

When burned, every one of those 27 million gallons of jet fuel releases about 21 pounds of carbon dioxide into the atmosphere. Added up, all those planes flying to the Paris climate talks will release about 575 million pounds of CO2."

Stockton did add that the estimated totals, although high, are just a drop in the bucket compared to the 80 quadrillion pounds of CO2 emitted globally each year.

Read the full report at Wired.