Woman vanished from her Kensington apartment five years ago 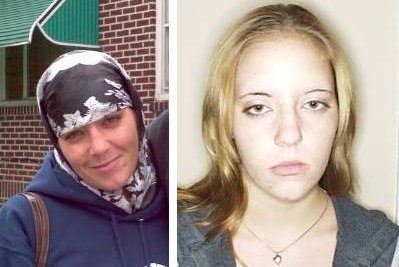 A cash reward is being offered for information about the whereabouts of a woman who vanished from her Kensington apartment nearly five years ago.

Pennsylvania State Police said Monday that they are continuing to investigate the disappearance of Chelsea Lee Ricker from her second-floor residence at 2418 Kensington Ave. above the SKA Coffee Shop on Feb. 19, 2012.

Ricker was last seen during a verbal altercation with her roommate, according to Pennsylvania Crime Stoppers.

Ricker was 24 years old at the time of her disappearance. She was last described as standing 5 feet 6 inches tall and weighing 130 pounds, with brown hair and hazel eyes.

No further information about Ricker's disappearance was initially provided by authorities. There do not appear to be any online news articles about her case anytime after she was reported missing, sans a Monday report on FOX29 and a gallery compiling several cold cases in Pennsylvania on lehighvalleylive.com.

A Facebook profile using the name Chelsea Ricker has a profile picture of a woman who appears to match the photos of Ricker provided by authorities. The profile says the user lives in Philadelphia.

That profile's last post, a link to the Jane's Addiction song "Jane Says," was posted on the day Ricker disappeared.