Montco mom nurses her friend's son while she's at work 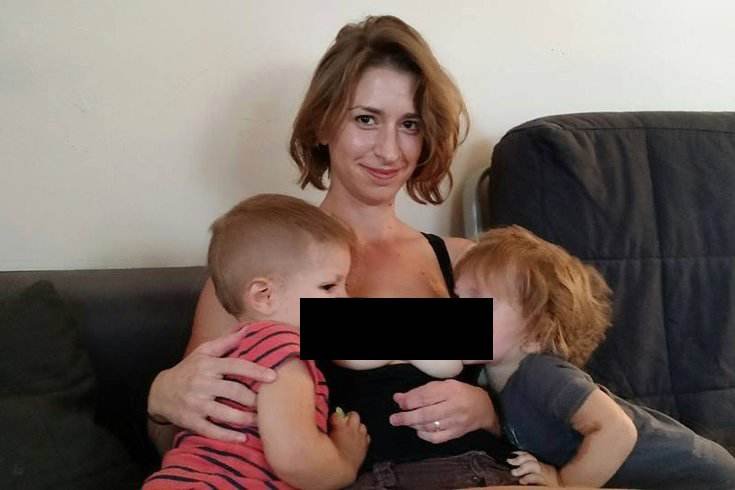 A Bala Cynwyd woman's picture of her breastfeeding her son – as well as her friend's child – has sparked an online debate.

The photo of Jessica Anne Colletti was posted to the parenting blog Mama Bean on Wednesday. In the post, Colletti explains that she began nursing the son of a friend who works:

"My son on the right is 16 months and my friend's son is 18 months. I watch her son while she works and have been feeding them both for a year! So much love between these milk siblings, it's a special bond between us all."

Several people criticized Colletti for the practice in comments made on the photo. Facebook user Shenae Louise Fortanier wrote, "...breast feeding is a bond best kept between mother and child."

A number of commenters echoed that sentiment. Some also accused Colletti of being an "attention seeker," with others saying the children were too old to be breastfed.

"First, the kids are [too] old to be [breastfeeding]," wrote Susan Synott Alsdorf, "But [breastfeeding] someone else's child and posting it for the world to see is sick!"

Since the picture was posted, it has been picked up by several national and international news outlets, including the BBC. Both Colletti and the blog have spoken out in defense of the controversial photo, which also received plenty of support from Facebook commenters.

Mama Bean updated its original blog post, citing information provided by the World Health Organization that lists using another nurse as an accepted alternative to a child's mother breastfeeding and denouncing the naysayers as hypocrites:

For a society that has no issues drinking the milk of another species in their mocha cappuccinos, perhaps it's time to change our general stance towards human babies drinking human milk. For a society that holds formula as the 'norm' for infant feeding, perhaps it's time to have another glance at the list above...the factual list compiled with only one 'goal' in mind: to improve the health of our children and future generations.

Colletti shared a similar sentiment in an interview with People:

"I think people have misinformation and fear. They think it's gross bodily fluid that shouldn't be shared or transferred in any way. And I can understand, if people are receiving donated breast milk, they want to have it tested, but if you know the mother directly and she's healthy, and you know everything about her, it's a perfectly healthy relationship to have."

One thing's for sure: If the goal was to raise awareness on breastfeeding practices, Colletti and Mama Bean have succeeded. The original photo has more than 1,000 comments, 250 shares, and 2,400 likes on Facebook.