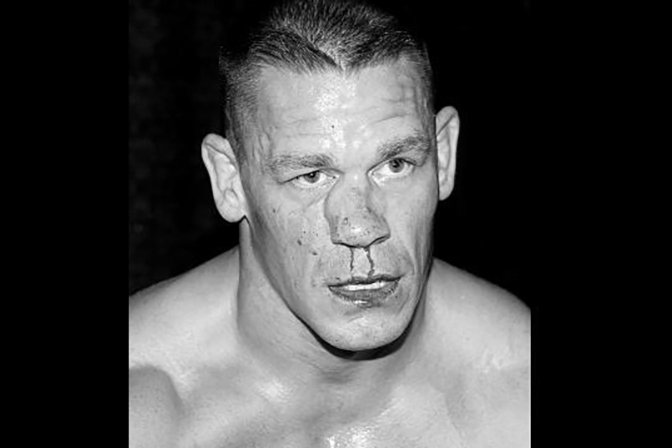 The Chesapeake Energy Arena in Oklahoma City was the host for Raw on Monday night, and half of the program I was fixated on my iPhone watching the high-speed police chase in Jersey, then Philly, then back in Jersey, then back in Philly. It was interesting to say the least, and I suggest you check out my Twitter timeline for a breakdown of the chase.

Anyway, back to Raw. The Divas division was once again a highlight of the night, we had a Kevin Owens/Randy Orton big match feel [that left a lot to be desired], and a United States Champion match for the main event. Sounds like a pretty good card to me. Then some things happened that left a sour taste in my mouth.

The WWE World Heavyweight Champion, Seth Rollins, Triple H and Stephanie McMahon opened Raw with a promo in the ring, highlighted by the announcement that Summerslam would now be four hours instead of the usual three – something that should hopefully make the event one of the more memorable Summerslams ever. But once Rollins got the mic, United States Champion, John Cena, didn’t waste any time in getting to the ring.

Cena challenged Rollins for the WWE World Heavyweight Championship, but not for Summerslam. He challenged him to a title match on Raw, which I never believed had a chance of happening.

And neither did Stephanie.

After a Rollins knee caught Cena square in the nose and broke it, Cena kept fighting on like the true warrior he is. I’ve always respected Cena and his work ethic and for the past decade I’ve been the outcast in believing he’s one of the best to ever lace boots [or pumps] in this business. This year has absolutely justified my reasoning in thinking so. Cena gets better week after week and I don’t know if it’s a newfound motivation or just the plethora of great opponents he’s worked with, but he needs to keep it going. Cena locked on the STF and retained his title.

I’m not against Rollins tapping out, because he didn’t have to win the match. I doubt he would have tapped if his championship was on the line. It’s one of those things that I think will be explained that Rollins gave up because he had no reason to fight on as long as his title wasn’t at stake. I can buy that in a pro wrestling angle. Now, if the two meet at Summerslam, that’s a different story.

The Divas division was a highlight of the show, and who thought I would’ve said something like that one year ago? It took too long for WWE to call up the likes of Charlotte, Sasha Banks and Becky Lynch, but those three women are proving why women’s wrestling can work in today’s day and age.

First, we had a sensational match between Banks and Paige, where the former got the win with her submission hold, the Bank Statement.

We then had a tag team match featuring Charlotte and Becky Lynch against the Divas Champion, Nikki, and Alicia Fox. This match wasn’t as good, but it didn’t have to be. The showcase of the new divas has been a highlight of Raw in recent weeks, and I’m pretty excited to see how the division grows in the future.

Not only was the division a highlight of the night, again, but we got word that the next Stone Cold podcast will feature one of the division’s own – Paige. Paige will be a guest on Stone Cold Steve Austin’s podcast after Raw goes off the air next Monday. Talk about movin’ on up.

Bray Wyatt and Luke Harper came out for a promo and directed it at Roman Reigns and Dean Ambrose. Wyatt says the audience isn’t loved by their families, and the quicker they embrace it, the sooner they’ll be free. Harper says Wyatt showed him the right path, and that Ambrose needs to show Reigns the right path, which is away from the evil that’s waiting for him. Good promo by both guys.

Rusev gets more and more entertaining every week. While he’s not exactly a monster anymore, this version of Rusev entertains me quite a bit – and that’s probably because he’s not in any title picture at the moment.

Rusev gave Summer Rae a dog, calling it Dog Ziggler because he was ugly and neutered, and then gave her a fish without a head. Lana came out and her and Rae got into it, and the Ravishing Russian hit Rae with the fish and then slapped Rusev before leaving.

I’m more and more interested in the segment where Ziggler returns and Rusev retreats. I mean, that’s what should happen, right? So far the rumors have him returning the week before Summerslam, which would mean there’s three more weeks before we see him. I don’t mind that at all, and I think keeping him away from television and selling his throat injury will make his return even more special.

Kevin Owens was kind of an afterthought on last night’s Raw, along with his opponent, Randy Orton. I’m not sure this is what WWE envisioned with Owens, but the rumors are flying that he’ll be booked as an upper card talent, but not a main event talent. Apparently he’s not viewed as on the same wavelength as Cena or Rollins yet.

While I can appreciate not rushing a new wrestler to stardom, this’ll be the second guy WWE has cut off at the legs against Cena. First it was Rusev, and now he’s in comedy skits. He’s no longer a threat to anyone, really, and certainly won’t be billed as the company’s next top superstar. Owens is riding down that path right now. And I’m very worried.

Why is Dean Ambrose losing to the Big Show? I’m not sure he knows, either.

• Big Show d. Dean Ambrose by countout after hitting him with the Knockout Punch outside of the ring. Show tried to attack Ambrose after the match, but Ambrose moved and Show went into the timekeeper’s table.

• Neville d. Fandango by pinfall via the Red Arrow. Stardust came on the Tron with a promo after the match.

• Non-Title: Sasha Banks (c-NXT) d. Paige by submission with the Bank Statement. This match was amazing for a television match.

• Lucha Dragons [Kalisto and Sin Cara] d. Los Matadores [Diego and Fernando] by pinfall after Kalisto rolled up Fernando from behind after The New Day came out and distracted Los Matadores, apparently. The WWE Tag Team Champions, the Prime Time Players, were on commentary.

• Charlotte and Becky Lynch d. Nikki Bella and Alicia Fox by submission after Lynch made Fox tap to the Disarm-her.

• Randy Orton d. Kevin Owens by disqualification after Sheamus, who was doing commentary, attacked Orton outside of the ring. Cesaro came out and attacked Sheamus and then Owens. Owens hit Cesaro with a pop-up powerbomb.

Predictably, there was no mention of Hulk Hogan on the show after he was fired last Friday due to his racist comments being leaked from eight years ago.

WWE announced Summerslam weekend taking place from the Barclays Center with several fan events, including a Q&A panel, superstar meet and greets, and the NXT Takeover: Brooklyn event the Saturday night before Summerslam. Tickets for these events will be made available this Saturday, August 1st.

The legendary Ugandan giant, Kamala, revealed in an interview with Bleacher Report that he once pulled a gun on the 7’ Andre the Giant. The entire piece is a great read, and I highly suggest checking it out.