Youth mental health crisis in America is real – and staggering

It's no myth: More teens and young adults are attempting suicide and taking their own lives 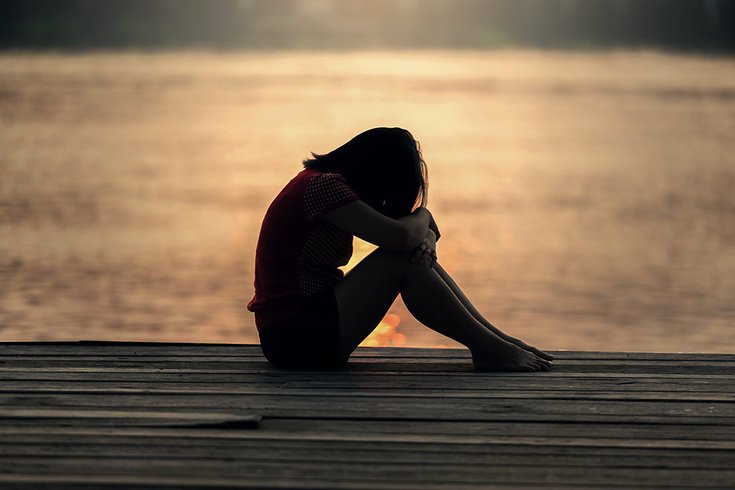 The first signs of a problem started to emerge around 2014: More young people said they felt overwhelmed and depressed. College counseling centers reported sharp increases in the number of students seeking treatment for mental health issues.

Even as studies were showing increases in symptoms of depression and in suicide among adolescents since 2010, some researchers called the concerns overblown and claimed there simply isn’t enough good data to reach that conclusion.

MORE HEALTH: Always connected with thousands of ‘friends’ – yet feeling all alone

The idea that there’s an epidemic in anxiety or depression among youth “is simply a myth,” psychiatrist Richard Friedman wrote in The New York Times last year. Others suggested young people were simply more willing to get help when they needed it. Or perhaps counseling centers’ outreach efforts were becoming more effective.

But a new analysis of a large representative survey reinforces what I – and others – have been saying: The epidemic is all too real. In fact, the increase in mental health issues among teens and young adults is nothing short of staggering.

AN EPIDEMIC OF ANGUISH

One of the best ways to find out if mental health issues have increased is to talk to a representative sample of the general population, not just those who seek help. The National Survey on Drug Use and Health, administered by the U.S. Department of Health and Human Services, has done just that.

It surveyed over 600,000 Americans. Recent trends are startling.

From 2009 to 2017, major depression among 20- to 21-year-olds more than doubled, rising from 7 percent to 15 percent. Depression surged 69 percent among 16- to 17-year-olds. Serious psychological distress, which includes feelings of anxiety and hopelessness, jumped 71 percent among 18- to 25-year-olds from 2008 to 2017. Twice as many 22- to 23-year-olds attempted suicide in 2017 compared with 2008, and 55 percent more had suicidal thoughts. The increases were more pronounced among girls and young women. By 2017, one out of five 12- to 17-year-old girls had experienced major depression in the previous year.

Is it possible that young people simply became more willing to admit to mental health problems? My co-authors and I tried to address this possibility by analyzing data on actual suicide rates collected by the Centers for Disease Control and Prevention. Suicide is a behavior, so changes in suicide rates can’t be caused by more willingness to admit to issues.

One societal shift over the past decade has influenced the lives of today’s teens and young adults more than any other generation: the spread of smartphones and digital media like social media, texting and gaming.

Tragically, suicide also jumped during the period. For example, the suicide rate among 18- to 19-year-olds climbed 56 percent from 2008 to 2017. Other behaviors related to depression have also increased, including emergency department admissions for self-harm, such as cutting, as well as hospital admissions for suicidal thoughts and suicide attempts.

The large increases in mental health issues in the National Survey on Drug Use and Health appeared almost exclusively among teens and young adults, with less change among Americans ages 26 and over. Even after statistically controlling for the influences of age and year, we found that depression, distress and suicidal thoughts were much higher among those born in the mid- to late-1990s, the generation I call iGen.

The mental health crisis seems to be a generational issue, not something that affects Americans of all ages. And that, more than anything else, might help researchers figure out why it’s happening.

THE SHIFT IN SOCIAL LIFE

It’s always difficult to determine the causes behind trends, but some possibilities seem less likely than others.

A troubled economy and job loss, two typical culprits of mental stress, don’t appear to be to blame. That’s because U.S. economic growth was strong and the unemployment rate dropped significantly from 2011 to 2017, when mental health issues were rising the most.

It’s unlikely that academic pressure was the cause, as iGen teens spent less time on homework on average than teens did in the 1990s.

Although the increase in mental health issues occurred around the same time as the opioid epidemic, that crisis seemed to almost exclusively affect adults older than 25.

But there was one societal shift over the past decade that influenced the lives of today’s teens and young adults more than any other generation: the spread of smartphones and digital media like social media, texting and gaming.

While older people use these technologies as well, younger people adopted them more quickly and completely, and the impact on their social lives was more pronounced. In fact, it has drastically restructured their daily lives.

Compared with their predecessors, teens today spend less time with their friends in person and more time communicating electronically, which study after study has found is associated with mental health issues.

No matter the cause, the rise in mental health issues among teens and young adults deserves attention, not a dismissal as a “myth.” With more young people suffering – including more attempting suicide and more taking their own lives – the mental health crisis among American young people can no longer be ignored.