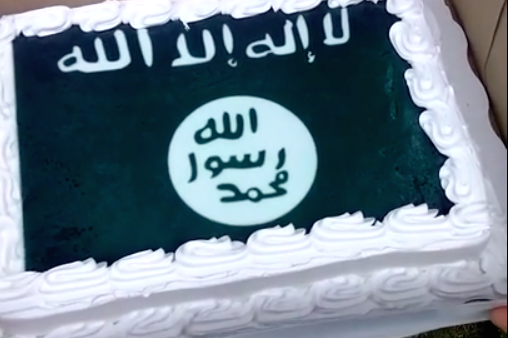 A picture of a Louisiana man's "ISIS battle flag cake."

A YouTube video posted by a man from Louisiana that went viral earlier this week has Walmart apologizing for printing an “ISIS battle flag cake.”

The video by user Chuck Netzhammer started by saying, “All right Walmart, you’ve got some explaining to do.”

The video shows a man who claims, with receipts, that Walmart refused to make a cake featuring the Confederate flag and the words “Heritage not Hate” but did bake a cake with the ISIS flag. Midway through, words on the screen asked, “Does Wal-Mart support ISIS?” The video was posted in the aftermath of Walmart announcing that it would no longer sell merchandise with the Confederate flag.

Walmart said the cake should not have been made and that the employee simply didn’t recognize what the symbol meant, according to a statement the company gave to ABC News.