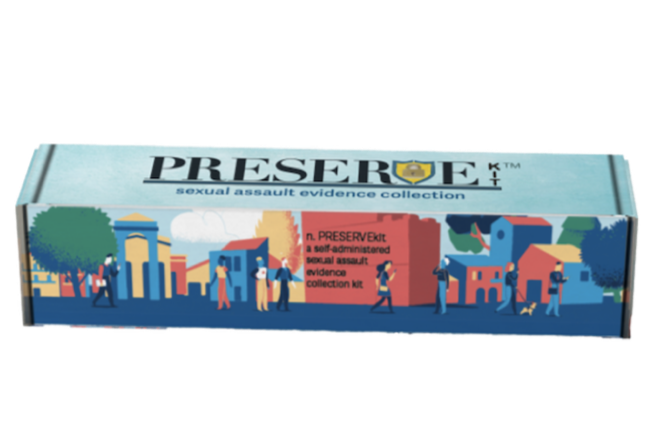 The PRESERVEKit, an at-home rape kit, is now unavailable on Amazon.

The PRESERVEkit, which was previously being sold on Amazon, is now listed as “currently unavailable.” On Friday, the website for the PRESERVEkit stated that “we will not be selling this product while we review the legal concerns.”

The manufacturer of the kits, the Preserve Group, did not respond to a request for comment by publication time.

MORE HEALTH: The at-home health test kits to have on your radar

On Wednesday, New York Attorney General Letitia James sent letters to both MeToo Kits and the Preserve Group telling them to “cease and desist” either selling or marketing their kits to New York consumers.

Cecilia Fan, an Amazon spokeswoman, said that when an item is listed as “currently unavailable” it means the seller took down the product. She said when Amazon removes a product, the whole webpage is removed. As of Friday afternoon, the PRESERVEkit’s page remained. Amazon declined further comment.

MeToo Kits, another company that had advertised an at-home sexual assault evidence collection kit, apparently suspended its website as of Friday afternoon. The company was not yet selling its kits but did have them available for preorder on its website. MeToo Kits also did not respond to a request for comment.

Julie Valentine, a forensic nurse and assistant professor of nursing at Brigham Young University, told Kaiser Health News that she emailed Jeff Bezos, the CEO of Amazon, directly on Tuesday with a link to a KHN article in which she was quoted opposing the rape kits because the evidence collected would be useless in court and expose an alleged victim to medical risks.

She said she asked him to remove the product from Amazon listings. “I kept it short, saying I believed the product is harmful to your customers and this is why. The next morning, one of his assistants called me and asked some additional questions.”

Valentine received a message from Amazon’s executive customer relations department on Wednesday stating it had forwarded her request to the correct internal team. She also said she asked other forensic nurses and colleagues to contact Amazon with their concerns about the PRESERVEkit.

Other attorneys general — in Michigan, North Carolina and Virginia — had spoken out against the kits, warning consumers to avoid the product and saying it’s unlikely the kits would be admissible as evidence in court.

Advocates for sexual assault victims have also opposed the use of at-home kits. They say survivors of sexual assault would miss out on other crucial aspects of a sexual assault exam, including treatment for physical injuries, a mental health evaluation, referral to other resources and medication to prevent pregnancy and sexually transmitted infections.

Valentine said it’s important to keep getting the word out about the potential harm of these at-home sexual assault collection kits. As soon as she heard about the products, she alerted the Utah sexual assault crisis lines so workers there could be prepared.

“And good thing that we did, because it happened,” said Valentine. “We had a victim call the crisis line who was thinking about doing the at-home kit. So, I’m hoping all states are educating their crisis line workers about this.”