Chairman Howard Schultz seemed to imply, but not confirm, that restrooms would be open to all 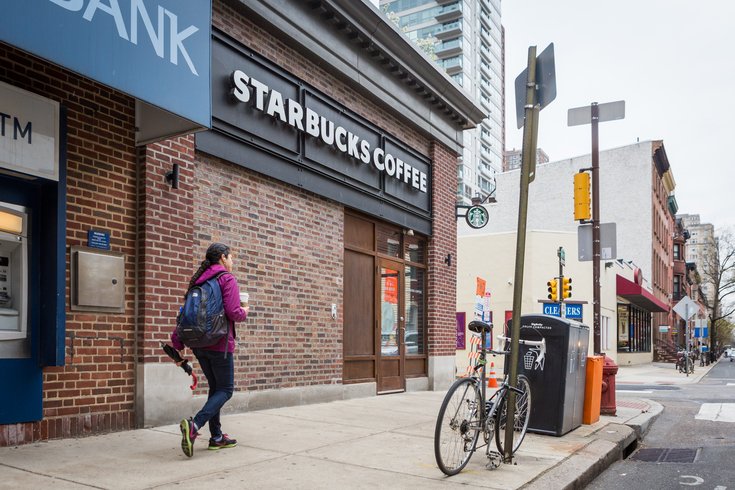 The Starbucks at 18th and Spruce streets.

Since an incident last month at a Philadelphia Starbucks – two black men were arrested after a manager called police (rather quickly) because they were not buying anything and refusing to leave  – the company has been in damage control mode.

One of the many controversial details in the incident is that when one of the men asked to use the bathroom, the manager asked if he was a customer. He said no, explaining that the two were waiting for a friend. The call to 911 followed shortly after.

Starbucks' official policy has been that you have to be a paying customer in order to use their restrooms. But individual locations have always enforced this policy with varying strictness.

Speaking at a Q&A with the Atlantic Council think tank Thursday, Starbucks chairman Howard Schultz seemed to imply that company's policy would change in response to the Philadelphia incident, prompting headlines that said he confirmed as much.

But video of Schultz's comments at the think tank don't include any specific commitment to officially changing the policy.

"Now, our stores are not public bathrooms, but they're used as such," Schultz said. "We have kind of a loose policy around — you should be able to use the bathroom if you buy something. And it's really the judgment of the manager."

Pressed specifically about the bathroom policy later in the talk, Schultz again said store bathrooms wouldn't be "public" but also suggested stores would be more lax with allowing people to use the bathroom.

"We're going to have to make sure that – we don't want to become a public bathroom, but we're going to make the right decision 100 percent of the time and give people the key, because we don't want anyone at Starbucks to feel as if we're not giving access to you to the bathroom because you are less than. We want you to be more than."

That's hardly a clear answer, and seems to leave much interpretation for employees. You can watch Schultz's entire talk below; the restroom comments occur between the 42- and 48-minute marks.

Asked to clarify, a Starbucks spokesperson shared the following directive with PhillyVoice, which was sent to all employees over the past two weeks:

Policies are still under the 90-day review, but ensure all customers coming in feel welcome. If someone needs to use the restroom, please let them, but if the safety of that customer, other customers or partners is in jeopardy, use your 911 quick reference guide for guidance on any action to be taken.

"If someone needs to use the restroom, please let them use it," seems much less vague, and is a clearer directive that suggests, generally, people will be able to use the bathroom even if they don't buy something. But obviously, whether or not someone presents a threat to the safety of customers is something that requires interpretation by employees.

The spokesperson didn't respond to a request to share what the "911 quick reference guide" tells employees to do in the event of an emergency.

On Sunday, May 29, Starbucks will close all of its stores nationwide to provide sensitivity training to employees.