In 10 years, half of middle-income elders won’t be able to afford housing, medical care 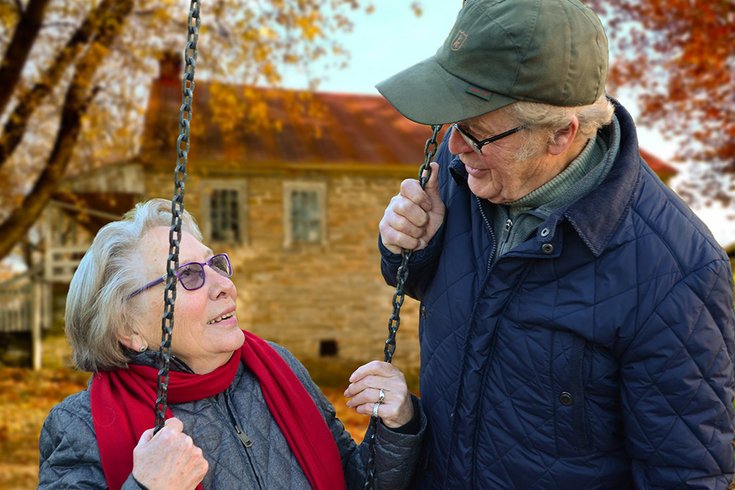 In 10 years, more than half of middle-income Americans age 75 or older will not be able to afford to pay for yearly assisted living rent or medical expenses, according to a study published Wednesday in Health Affairs.

The researchers used demographic and income data to project estimates of a portion of the senior population, those who will be 75 or older in 2029, with a focus on those in the middle-income range — currently $25,001 to $74,298 per year for those ages 75 to 84.

And it doesn’t look good for that group because of the rising costs of housing and health care. The researchers estimated that the number of middle-income elders in the U.S. will nearly double, growing from 7.9 million to 14.4 million by 2029. They will make up the biggest share of seniors, at 43%.

MORE HEALTH: The oldest millennials are less healthy than Gen Xers at the same age

By 2029, more than half of the middle-income seniors will have annual financial resources of $60,000 or less, even if the equity in their homes is included. Projections put the average annual assisted living and medical expenses cost in 10 years at $62,000, meaning that a majority of the middle-income seniors then will not be able to afford an assisted living facility.

Middle-income seniors are a group that Beth Burnham Mace, one of the study’s authors, said has been often overlooked when policymakers and legislators think about housing and care for aging Americans.

“The low-income cohort has been taken care of by tax subsidies, while the high-income cohort is largely self-sufficient. But the middle-income seniors have been ignored,” said Mace, who is chief economist at the National Investment Center for Seniors Housing and Care, a nonprofit research group.

The study’s authors said they are probably underestimating the extent of the looming problem. They projected out-of-pocket medical costs of only $5,000 a year for seniors.

Deborah Carr, chairwoman of the department of sociology at Boston University who studies aging, noted that Americans “are able to live longer today than they have in the past because of medical technology.” The downside, said Carr, who was not affiliated with the study, is “if they’re living for years with dementia or mobility issues, then they have to pay longer for medical care for the additional years they live.”

Indeed, the researchers projected that 60% of the middle-income seniors will have mobility limitations, while 20% will be considered “high needs,” meaning they have three or more chronic conditions and one or more limitations in activities of daily living, such as bathing or dressing. Eight percent will have some form of cognitive impairment.

Seniors living with mobility limitations, chronic conditions or cognitive impairment are more likely to need care and support such as that offered by an assisted living facility.

But that’s not a reality for many.

In her written response to the Health Affairs study, Jennifer Molinsky, a senior research associate at the Joint Center for Housing Studies at Harvard University, addressed the needs of seniors who decide to stay at home as they age instead of going to an assisted living facility. She said these older Americans face a different set of challenges.

“One of the challenges is that most people don’t live in cities,” Molinsky said in an interview. “And most houses in these areas are single-family detached homes. The infrastructure is not set up for safe walking, so you have to drive. People often give up driving as they age. So these locations can be difficult to provide services to people.”

Molinsky said other issues to consider are making homes more accessible by adding ramps for wheelchairs or wall handles in the shower and the cost of these changes.

The other dire warning of the study: While spouses and middle-age daughters have historically provided the bulk of elder care, that is a less likely option in the future because of changing marriage patterns, lower birth rates and the increasing number of adult children who live far from their parents. Some seniors will need to seek paid care.

The study suggests that policymakers could expand Medicare benefits to include access to a wider range of supportive services, or create a new benefit, “Medicare Part E,” that funds long-term care. However, other attempts to set up such a program have run into resistance among lawmakers because of cost.

While Medicaid is the primary payer of long-term nursing home care, right now the program is available only to low-income seniors. Seniors may become eligible if they impoverish themselves. However, lawmakers could also broaden the Medicaid income eligibility requirements or expand options to include home-based care for those with higher-end incomes.

Some seniors are already turning to creative solutions to address their growing need for affordable housing.

Carr said one innovative option she has seen is the Village to Village Network, a community program that allows seniors to stay in their homes but have access to general support services, such as home repairs, transportation, health care and even social activities.

Co-housing, where seniors share a residence, like in the classic TV show, “Golden Girls,” is another solution, Carr said.

Mace said she hopes the study will spark more conversation between public and private sectors for creative ideas to address the issue of housing the growing number of Americans who will turn 75 or older in the next decade.

Her advice to both those seniors and their children is to openly discuss the issue.

“It is a good idea to sit down and talk about what your plan may be,” said Mace. “Talk about what the financial assets are and the housing options. It’s a worthy topic to talk about, though it can be hard, because it helps to avoid putting both children and parents in difficult situations in the future.”