Mercury's on the move: Philly has best viewing spot for rare transit 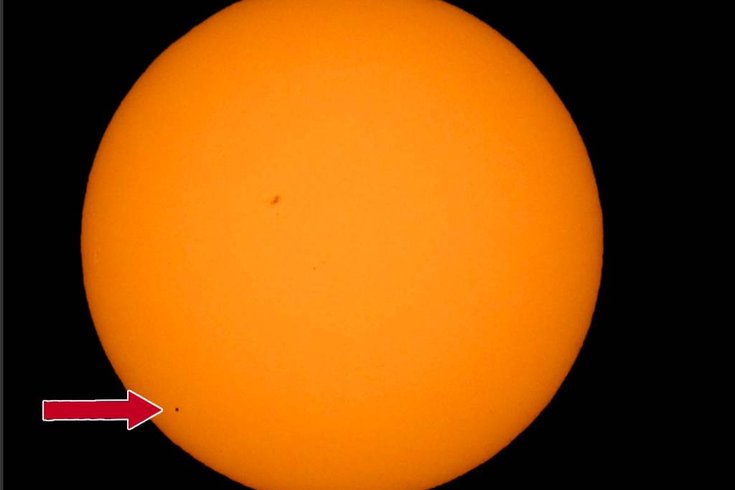 The planet Mercury is seen in silhouette, lower left, as it transits across the face of the sun Monday, May 9, 2016, in this photo taken from Boyertown, Berks County.

Mercury is making its relatively rare move across the sun and the Philadelphia region will have front row seats for the rare celestial event.

The solar-planetary ballet got underway just after 7 a.m. Monday on the East Coast with the smallest planet appearing as a tiny black dot on the face of the sun. The transit will last for a total of about 7½ hours. The last time it happened was 2006. It will happen again three years from now, but then not until 2032. NASA says the event occurs only about 13 times a century.

The entirety of Mercury's journey will be viewable to the eastern United States and Canada, as well as most of western Europe and South America.

Anyone hoping to see the event will need a telescope or high-powered binoculars with proper solar filters.

NASA will stream the event here.