2017 Pennsylvania general election: What you need to know

It may be an off-year election Tuesday, but Philadelphians will elect a new district attorney just weeks after disgraced former DA Seth Williams was sentenced to five years in prison on a corruption conviction.

Voters in the city will also elect a new city controller – the incumbent lost in the primary – and vote yay or nay on a ballot question that seeks approval to borrow millions of dollars for municipal projects.

There is also a statewide ballot question that seeks to give the state legislature approval to enact legislation that would allow local taxing jurisdictions – municipalities and school boards, for example – to exclude the full assessed value of primary residences from taxation. (How they would make up those tax revenues is not addressed by the amendment.)

There are also a lot of city and state judges looking for your vote.

Here's a rundown of what to expect, as well as a list of voter resources: 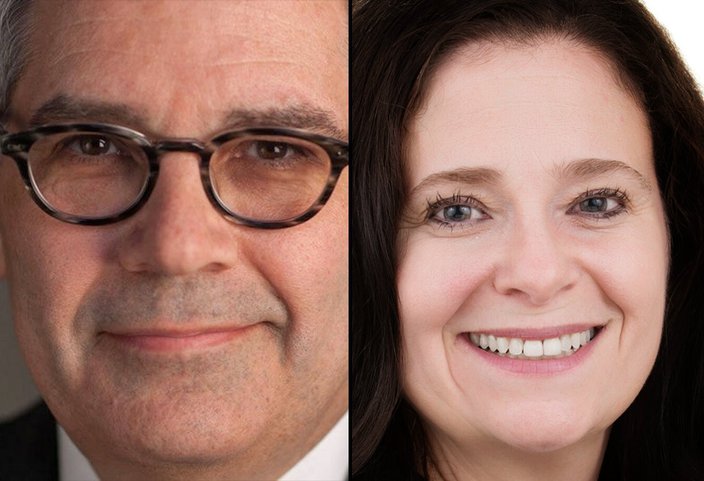 Democratic defense attorney Lawrence Krasner cruised past a field of challengers in the May primary and will face Beth Grossman, a Republican with more than 20 years of experience in the district attorney's office.

Grossman, a former Democrat, is in private practice handling civil and criminal cases. She was a former chief of staff in Philadelphia’s Department of Licenses and Inspections and a former assistant district attorney who headed the Public Nuisance Task Force and the civil forfeiture unit. She is a 1990 graduate of Penn State and a 1993 graduate of Temple University’s Beasley School of Law.

Krasner's career includes six years as a public defender. In private practice, he specialized in civil rights and often represented protesters pro bono. He has defended many political activists, including members of Black Lives Matter and Occupy Philadelphia. He is a graduate of the University of Chicago and Stanford Law School. 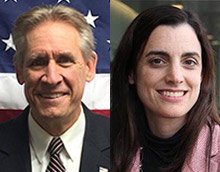 The race for city controller is between Republican Mike Tomlinson and Democrat Rebecca Rhynhart.

A lifelong resident of Northeast Philadelphia, Tomlinson is a CPA with both corporate and tax accountant experience. He also has taught mathematics, accounting and finance in Philadelphia schools and gives his time to community service organizations, including the Tacony-Holmesburg Town Watch and the Holmesburg Civic Association. He is a Temple University graduate.

Rhynhart, who defeated incumbent controller Alan Butkovitz in the primary, has served in top City Hall positions since 2008. She was, most recently, the mayor's chief administrative officer. Under the previous administration, she was budget director and city treasurer. She is a graduate of Middlebury College and Columbia University.

The controller is chief auditor of city financial affairs. The position carries a four-year term with no term limits and pays about $133,000. The office has an annual budget of $9 million and a staff of about 138.

THE BALLOT QUESTION: Shall the Pennsylvania Constitution be amended to permit the General Assembly to enact legislation authorizing local taxing authorities to exclude from taxation up to 100 percent of the assessed value of each homestead property within a local taxing jurisdiction, rather than limit the exclusion to one-half of the median assessed value of all homestead property, which is the existing law?

IN PLAIN LANGUAGE: This measure would permit the state legislature to pass a law allowing local school boards, municipalities and counties to exclude the entire assessed value of each primary residence (homestead or farmstead) in their jurisdictions from taxation if they chose to do so.

This would significantly reduce — and, in some cases, eliminate – residential property taxes in those jurisdictions. Local taxing bodies have been able to exclude up to 50 percent of the median assessed valuation of all properties in their jurisdictions since 1997, but few have done so.

If approved by the voters, the legislation would have to pass the General Assembly and be signed by the governor. It would also require approval by any local jurisdictions proposing it.

If implemented, jurisdictions would have to replace all or part of their property tax revenues with other taxes, a scenario that is not addressed by the amendment.

THE BALLOT QUESTION: Should the City of Philadelphia borrow $172 million to be spent for and toward capital purposes as follows: Transit; Streets and Sanitation; Municipal Buildings; Parks, Recreation and Museums; and Economic and Community Development?

IN PLAIN LANGUAGE: This ballot question will determine whether the city increases its indebtedness by $172 million in order to fund capital initiatives. If approved by voters, money borrowed through the bond issue will be spent by the city for five purposes: transit, $4,767,309; streets and sanitation, $23,997,918; municipal buildings, $95,666,840; parks, recreation and museums, $32,325,872; and economic and community development, $15,242,061.

A Democrat and a Republican are seeking election to the Pennsylvania Supreme Court. Terms are for 10 years, and the mandatory retirement age is 75. Every voter, regardless of party affiliation, can vote for just one candidate.

She is "Highly Recommended" by the Pennsylvania Bar Association.

Dwayne Woodruff, an Allegheny County Court of Common Pleas judge who presides over family and juvenile matters, is the Democrat. He also was a certified NFL player representative.

He is "Recommended" by the bar association.

Nine candidates are seeking election to the Pennsylvania Superior Court. Terms are for 10 years, and the mandatory retirement age is 75. Every voter, regardless of party affiliation, can vote for up to four candidates.

Giordano, Kunselman, Moulton and Stedman were rated as "Highly Recommended" by the Pennsylvania Bar Association.

Kagarise, McLaughlin and Nichols were rated as "Recommended" by the bar association.

In addition, Republican Jacqueline Shogan, who has sat on the Superior Court bench since 2008, faces a retention vote. If approved by the voters, she will serve another 10-year term.

Nine candidates are seeking election to the Pennsylvania Superior Court. Terms are for 10 years, and the mandatory retirement age is 75. Every voter, regardless of party affiliation, can vote for up to two candidates.

The candidates are Christine Fizzano Cannon, a Republican and Delaware County Court of Common Pleas judge since 2012; Ellen Ceisler, a Democrat and nine-year judge on the Philadelphia Court of Common Pleas; Irene McLaughlin Clark, a Democrat in private practice and former judge on the Pittsburgh Municipal Court; and Paul N. Lalley, a Republican in private practice who ran unsuccessfully for Commonwealth Court in 2015.

Cannon was rated as "Highly Recommended" by the Pennsylvania Bar Association.

Ceisler and Lalley were rated as "Recommended"  by the bar association.

Clark was rated as "Not Recommended" by the bar association.

All are "Recommended" by the Philadelphia Bar Association Commission on Judicial Selection and Retention, except for Johnson, Cianfrani and Cohen.

All are "Recommended" by the bar association.

Two Democrats are seeking election to Philadelphia Municipal Court. Terms are for six years, and the mandatory retirement age is 75. Every voter, regardless of party affiliation, can vote for up to two Municipal Court candidates.

Both candidates are "recommended" by the Philadelphia Bar Association Commission on Judicial Selection and Retention.

All but De Leon and Williams are "Recommended" by the bar association.

Polls in Pennsylvania are open from 7 a.m. to 8 p.m. on Election Day. Anybody in line by 8 p.m. must be allowed to vote. You can find your polling place here. Report issues or problems encountered at the polling place to the Philadelphia County Board of Elections at 215-686-1590.

Like all Pennsylvanians, Philadelphians are encouraged to vote and call the DA's Election Fraud Task Force at 215-686-9641, 9643 or 9644 if they experience any difficulty casting their ballot.

Don't head to the polls without an umbrella. There is a 60 percent chance of rain on Election Day, with precipitation more likely after 5 p.m. The high will be around 51, according to the National Weather Service.