The messages asked people to gather downtown, where "Dems are trying to steal this election" 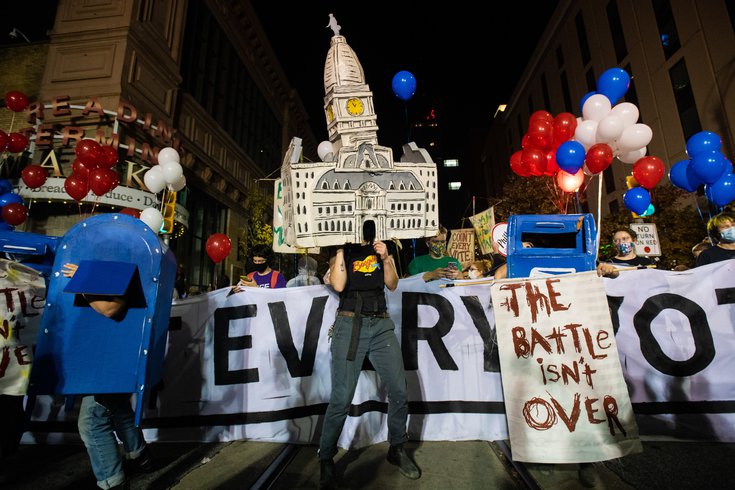 Texts sent to Trump supporters in the Philadelphia area urging them to come to the Pennsylvania Convention Center were sent from a company owned by an official working for President Donald Trump's 2020 reelection campaign, Gary Coby.

Reports revealed Saturday that messages sent to Trump supporters during ongoing election demonstrations in Philadelphia came from a company owned by a top Trump campaign official.

Messages were sent using phone numbers licensed to the company named Opn Sesame, which is owned by Gary Coby, who is the digital director of President Donald Trump's 2020 reelection campaign.

LATEST: Joe Biden's win in Pennsylvania propels him to presidency over Donald Trump

The texts were sent to individuals Thursday, as individuals gathered outside the Pennsylvania Convention Center for election related protests.

Researchers at the University of Toronto's online watchdog group Citizen Lab tracked the link, which was first reported Friday by the Washington Post.

The short messages urged those who previously expressed support for the Trump campaign to come to Philly, and gave the address for gatherings located outside the convention center.

"ALERT: Radical Liberals & Dems are trying to steal this election from Trump! We need YOU! Show your support at the corner of 12th St. & Arch St. in Philadelphia," read the messages, according to the Washington Post.

Messages did not mention Opn Sesame, Gary Coby, the Trump campaign, or information explaining where the alert came from. They appeared to be sent to Trump supporters in the Philadelphia area including Bucks County, reported the NYPost.

A Trump campaign official told the Associated Press that "the message did not come from the campaign." They said Opn Sesame is owned by multiple people and it couldn't determine who sent the texts.

Protests outside the Pennsylvania Convention Center, where votes are still being counted for the contested presidential election, took place Thursday and Friday in Philly. Both Trump and Biden supporters have gathered outside the building and engaged in largely peaceful demonstrations.

The report on the text messages comes after two individuals were charged for traveling from Virginia to Philadelphia late Thursday, armed with weapons and ammunition. Philly discovered the men after receiving a tip about a suspected threat to the Pennsylvania Convention Center.

The two men were arrested after arriving in Center City in a Hummer decorated with materials supporting the conspiracy theory group QAnon. They received weapons-related charges, the Philadelphia District Attorney's Office announced Friday.

"We will be requesting that both be held without eligibility for bail when they are arraigned later this evening, as this alarming incident is still very much under investigation regarding additional charges," the office said in the announcement.