The American Philosophical Society will be the artifact's new home 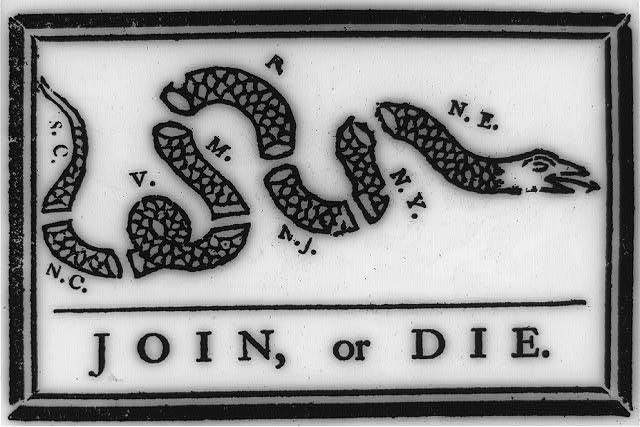 Remember the 244-year-old issue of the Pennsylvania Journal and the Weekly Advertiser that turned up at a Gloucester County Goodwill?

It’s heading back to its rightful place: Philadelphia.

The Dec. 28, 1774 (!) issue of the paper, which sported the “Unite or Die” spin on Benjamin Franklin’s “Join, or Die” slogan, was acquired by Old City's American Philosophical Society, according to the NJ Pen.

Fittingly, the APS was founded by Franklin in 1743.

The library will have the document restored by its conservation experts, APS librarian Patrick Spero told the Pen, and will also have it digitized for electronic viewing.

“We have an almost complete run of this newspaper,” Spero said, “[but] we don’t have this issue.”

The only other known copies of the paper with a Dec. 28, 1774 date are at Illinois State University, the University of Chicago, and Yale University.

The newspaper, which was verified in October by an auction house, was estimated to be worth between $6,000 and $16,000. The APS wouldn’t disclose how much it paid to acquire the newspaper.

Goodwill told the Pen it still doesn’t know who donated the newspaper.