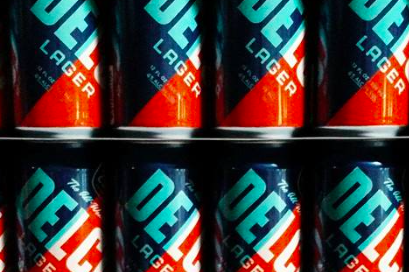 Just in time for summer, one of the region's most promising breweries is set to debut a canned version of its popular American amber lager, specially branded with a local stamp of approval.

Aston-based 2SP Brewing Company, launched last year with a lineup of seven beers, announced on Monday that it will release a canned version of Delco Lager to area distributors beginning next week.

"We couldn't be more excited about releasing this beer in cans because it is a beer we brewed for our home and our people," the brewery wrote in a Facebook post. "This beer is great for primo hoagies and chill nights, Delco tacos (pizza), tail gaiting, corn hole, a compliment to filet or cheese burger, and best drank with a no b.s. sensibility."

Cases and six-packs will go on sale out of the brewery this Saturday, June 11, and will be released to regional distributors on June 13.

Philly Beer Week, by the way, isn't over until it's over. The 2SP crew will be at the following locations throughout the week:

You can also check out 2SP Brewing Company's Tasting Room seven days a week at 120 Concord Road in Aston. Tours are held on Saturday and Sunday, food trucks are on site Thursday through Saturday, and yes, you can take a keg home.