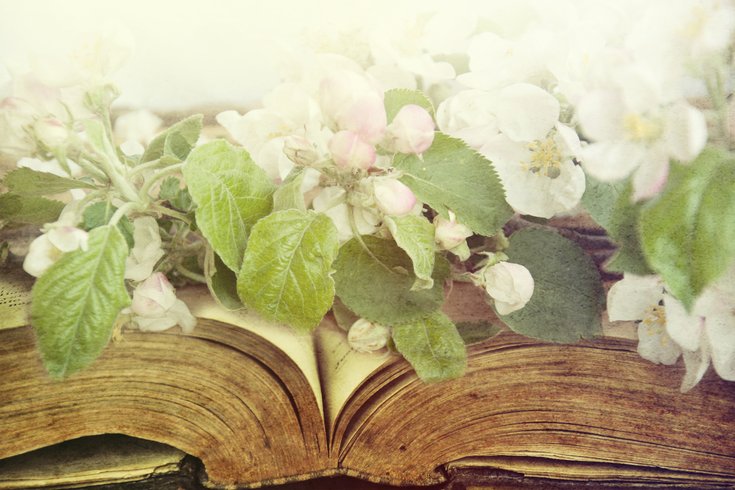 If not because of the city's connection to famous poets like Walt Whitman and Edgar Allan Poe, then because you can catch poetry slams and readings just about any day of the week -- verses that add mood and ambience to cafes, subway cars, classrooms, bars and live venues across the city. Artistically, the poem is as essential to Philadelphia's identity as the cheesesteak.

And in recent years, the city's evolved to become not just one that breeds poets, but a city that attracts them.

"I would say that, within the last decade, Philadelphia has become a destination for poets from other parts of the country -- a place with a vital scene, as opposed to years ago when Philadelphia was just a place people left on their way to New York," Frank Sherlock, Philadelphia's second poet laureate, told PhillyVoice.

What's also unique about Philadelphia, he added, is that poets here are much more likely to pack a strong message into their work. It's as much about impact as it is lyricism.

"[Poets here] usually have an activist strain that approaches the work of the poet as more than just the writing of the poem itself," he said. "These are poets who are engaged in culture and community work, labor organizing and street action. That work is part of their creative process as Philadelphia poets."

With no shortage of creativity or issues to address, Philadelphia poets are as active and influential as ever. Below, find seven of the city's wordsmiths who are keeping the tradition of poetry alive. 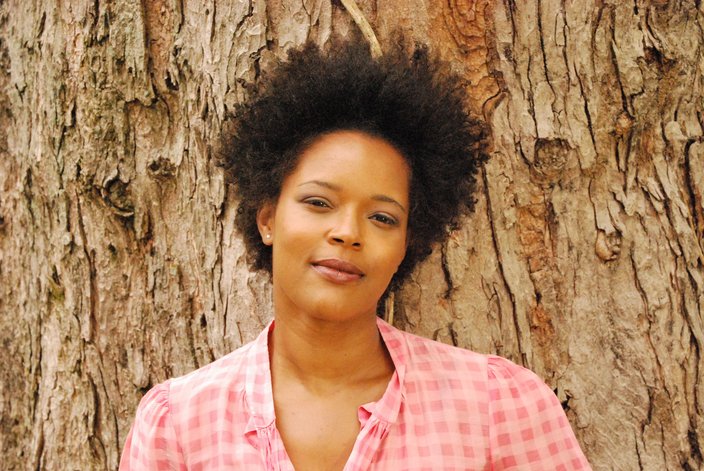 Update: Since the time of this writing, Yolanda Wisher has been appointed Philadelphia's third poet laureate. Read more about that here.

One of 12 Philadelphia Pew Fellows announced in June, Yolanda Wisher has been a self-described writer and poet since she was a young girl in Montgomery County jotting down rhymes on napkins.

"It became a way of dealing with all of the struggles I faced growing up as a black girl in a predominantly white suburb," Wisher told PhillyVoice. "[Poetry] became my voice -- a way to shine and stand out."

Wisher is the author of last year's "Monk Eats an Afro," a candid collection of poems about the African-American experience. Her next project, she said, will partly be an "homage" to her family, as well as delve deeper into the subject of what it means to be a woman -- a daughter, a sister and, recently for her, a mother.

What she loves about being a poet in Philly, she said, is how the scene continues to "turn over."

"It’s a state of constant renaissance in Philly," she said. "Because there’s a constant influx of new people, we're always reinventing ourselves.”

Favorite line of poetry: "Come celebrate me, for every day something has tried to kill me and has failed." -- Lucille Clifton 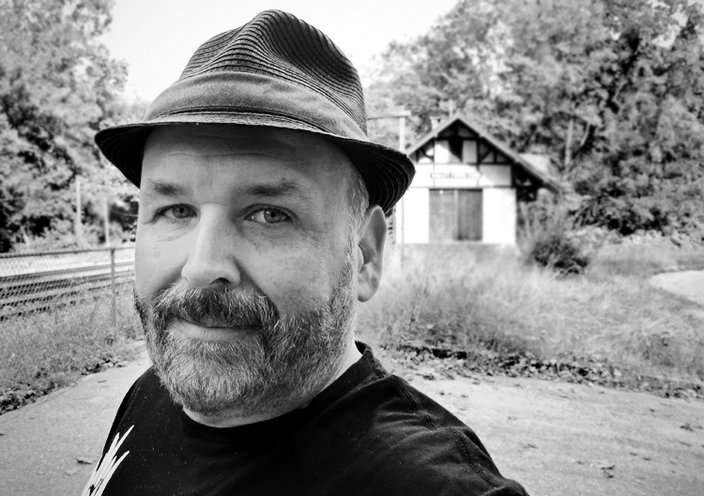 Charlie O'Hay is the author of "Smoking in Elevators," a collection of poems published in December. Charlie O'Hay / PhillyVoice

Equal parts poet and urban photographer, Charlie O'Hay's journey as a poet didn't exactly start as one that was all that intentional.

A fan of prose from Raymond Carver and Charles Bukowski, he yearned to write short stories.

"But when I sat down at the machine [in 1987], what came out was poetry — terse, ironic, wry poems," O'Hay told PhillyVoice. "So, I picked up a copy of 'The Poet’s Market' and began submitting to journals. The first four pieces I wrote were all accepted, each by a different publication, and I was suddenly a poet."

Since then, he's gone on to be featured in more than 125 literary publications and write two collection books: "Smoking in Elevators," released in December, as well as 2011's "Far From Luck."

Thematically, his recent poems tend to draw insight from the experiences of homeless people in Philadelphia -- the value of every person's story no matter their background, and the idea that homelessness is "neither a moral failing nor an inescapable end." (He's also been capturing these experiences through photography.)

But it's Philadelphia's essence, he said, that really tends to consistently inspire what he does.

"People here sit on their front steps and talk. There’s a great sense of Philly as a living, breathing thing," he said. "And that’s what makes a great poem, after all."

O'Hay is currently working on his latest collection, "The Flame Orchard."

Favorite line of poetry: "We have everything and we have nothing." -- Charles Bukowski 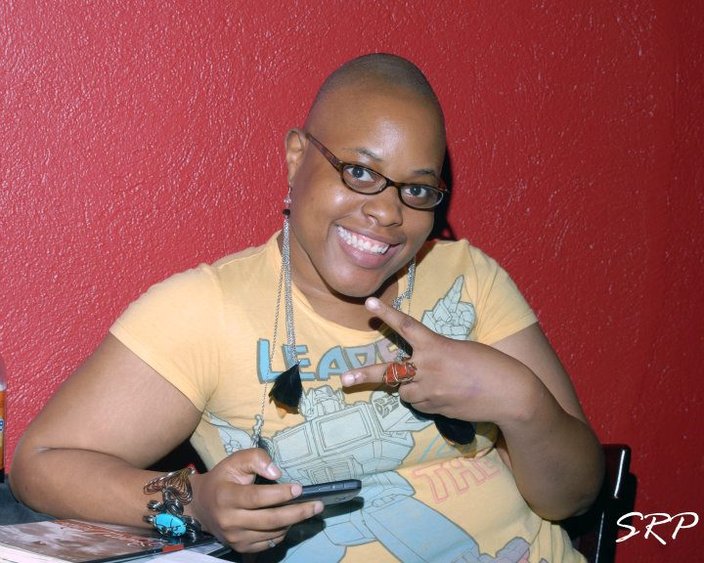 TS Hawkins is an internationally known poet based in Philadelphia. Handout Art / PhillyVoice

TS Hawkins clearly remembers the day she signed up for a poetry class as a student at Temple University.

I'll just Dr. Seuss my way through this, she thought.

... She ultimately failed that class.

From that point on, in 2005, Hawkins said she woke up to what it meant to be a poet. She began to shape her voice as a performer, spending much of the second half of the '00s writing and performing about politics, social justice and former President George W.

She's written five books, performed for audiences around the world and teaches Legacy and Lineage -- a poetry program she designed for Philadelphia high-school students to meld classic poetry and contemporary style.

The magic of poetry in Philadelphia, Hawkins said, is the diversity of subject it gives its poets.

"There's a pulse in Philadelphia right now," Hawkins told PhillyVoice. “It’s an amazing place to be because it’s not surface stuff. You go to other places and they talk about trees and the winds and how the flowers look pretty today -- and that's not bad, but there are more things going on that need [to be] observed through the poetic lens.”

Hawkins is currently working on an experimental poetry play.

Favorite line of poetry: "The Statue of Liberty / never thought she would stand for Statutes of Limitations / bowed heads / not due to reverence / but shame for justice unkept." -- TS Hawkins 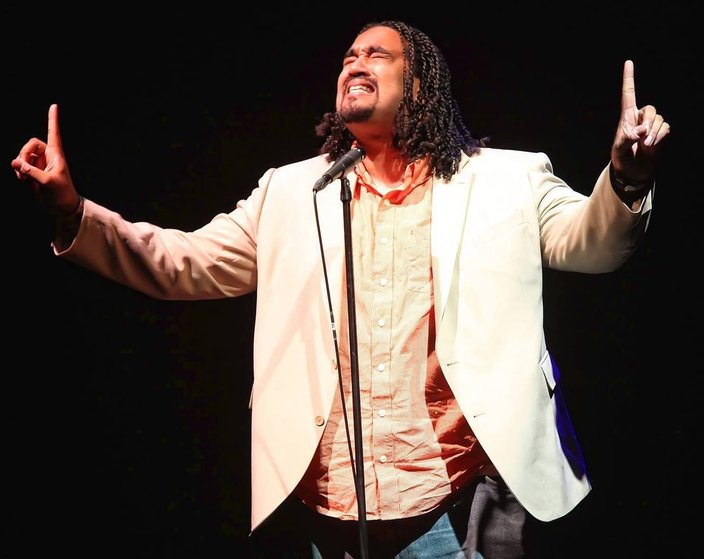 North Philly's Perry "Vision" DiVirgillio is something of a rockstar poet.

In August, he's embarking on a 20-city international tour that starts in Toronto, continues in European cities like Amsterdam and wraps up with a final show in Philadelphia. He's the founder of experimental artist collective Spoken Soul 215, and was featured as part of CNN's 2012 "Black in America" documentary, discussing racial identity in the context of poetry. His poems tend to deal with issues of the day and, recently, hypermasculinity.

But while "Vision" said he continues to thrive on the butterflies and rush of being "sweaty on stage," his real passion is teaching youth as artistic director for Philly Youth Poetry Movement and coach for the Brave New Voices poetry slam competitions.

“I love performing, but for me, if God came to me and said, ‘You can either perform, or you could teach poetry and watch these kids,’ I’d choose teaching every time," he told PhillyVoice. "Performing is my passion; my kids are my purpose.”

Favorite line of poetry: "I will not rhyme over tracks; niggaz on the chain gang used to do that." -- Saul Williams 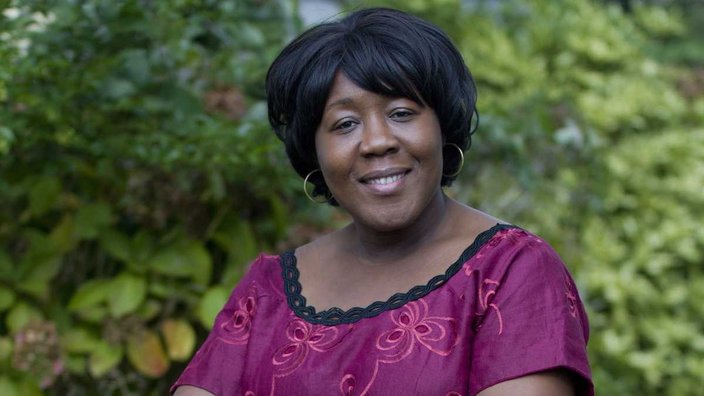 Trapeta Mayson is a Philadelphia poet and executive director of Historic Germantown. She writes from the Liberian immigrant perspective. Anna Mule / PhillyVoice

“My mother had an illness when I was younger, and eventually she went back to Liberia when I was 14 or 15 and I channeled a lot of that energy -- from growing up in a hard-working-but-struggling family and dealing with not having my mom -- into my diary," Mayson said. "Then it turned into poems."

Because she's from Liberia, she writes primarily about being an immigrant in Philadelphia, as well as the female perspective and mental illness. She was chosen as a Pew fellow in 2002 and last year received an Art and Change grant from the Leeway Foundation that created a Liberian tradition program for Southwest Leadership Academy Charter School.

Right now, Mayson, who first penned the book "She Was Once Herself," is working on a new collection of poems that follows and captures the essence of her family's immigration history -- all inspired by a series of documents she's requested under the Freedom of Information Act. She also plans to make a documentary about African women who've struggled to find a place in American society as immigrants.

Favorite line of poetry: "Won't you come celebrate with me what I have shaped into a kind of life." -- Lucille Clifton 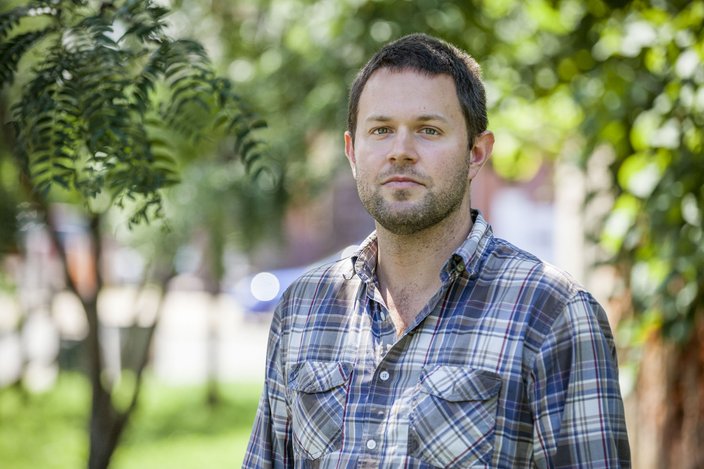 Ryan Eckes thinks of himself as a narrative-driven, poetic historian.

His first book, "Old News," is a truncated version of Philadelphia newspaper stories he found in his South Philly attic; his second book, "Valu-Plus," is a decidedly more lyrical -- and still Philadelphia-set -- discussion about the "relentless privatization of our daily lives." Both serve as collections of poems that do the job of documenting.

Eckes discovered his talent in 2001 through a poetry writing class at Temple University as well as found inspiration from now-Philadelphia-poet-laureate Frank Sherlock. Though he already considered himself a writer (a fiction one at that), everything fell into place when he started penning shorter pieces that, above all else, told a story.

His next project will continue to examine the idea of privacy, but with a honing-in on what that means in the context of transporation.

Favorite line of poetry: "We take the form of our uncertainty." -- Gil Ott 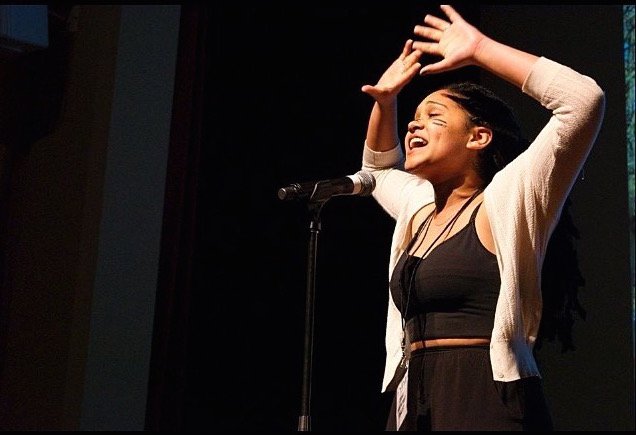 Soledad Alfaro-Allah, who said she primarily thinks of her voice as a tool for "protest," performs at a poetry slam competition in 2014. Handout Art / PhillyVoice

At just 16, Mt. Airy native Soledad Alfaro-Allah had the talent and gumption to step up to plate as Philadelphia's youth poet laureate.

Alfaro-Allah, a student at Science Leadership Academy, was selected for the role last summer by Philadelphia poet laureate Frank Sherlock. A youth ambassador and teacher of the art, Alfaro-Allah ran workshops for young kids in Philadelphia, pointed future writers to the city's many poetry resources and further crafted her own skills under the mentorship of Sherlock.

What's particularly difficult for young poets, she told PhillyVoice, is having the courage to be different.

"In certain circles, it’s hard for young people to gain control of what we’re able to do. We have older people dictating what is and what isn’t -- or whatever pedagogy they want to use -- and I think that’s where the issue lies," she said. "For older people, they see young people coming in and innovating and doing new things, and they don’t like that, so it makes it harder for young people to take the reins."

This week, Alfaro-Allah will represent Philadelphia in Atlanta for the Brave New Voices International Youth Poetry Slam Festival, a series of workshops that culminates in a 60-team poetry competition.

Favorite line of poetry: "Life for me ain't been no crystal spare." -- Langston Hughes