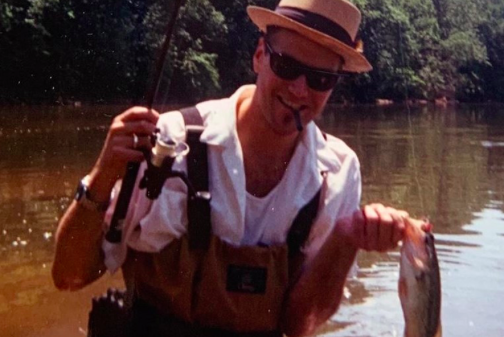 Kurt Wunder, 53, was a long-time co-owner of The 700 club, a staple in Northern Liberties that will survive after it was purchased by an old friend of Wunder's.

A husband and father of two, Wunder had been battling glioblastoma and leptomeningeal disease.

"Upon realizing that his medications would never involve tequila, Kurt William Wunder acquiesced and peacefully surrendered his battle," read a wry obituary published on the Baldi Funeral Home website. He is survived by his wife, Margo, and children, Georgia and Spencer.

Wunder and former co-owners Tracey Stanton and Chris Sey opened The 700 at Second and Fairmount streets in 1997, creating a local hub that helped revive what has since become a thriving corridor in Northern Liberties.

The bar was sold earlier this year to Sean and Gina Butler-Galliera, who took over The 700 as a turnkey business last month. Sean had known Wunder and Stanton from working together at the former Khyber Pass venue in Old City in the 1990's. The couple read about the bar's impending sale last December and decided to purchase the property, moving their family back to Philadelphia from California. 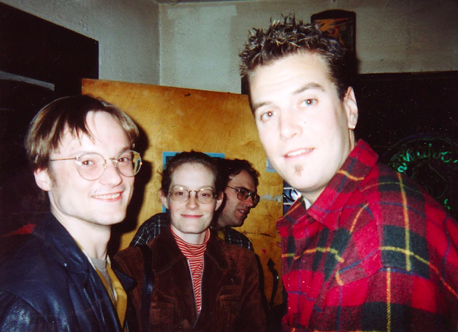 Kurt Wunder (right) on the final night at the original Khyber Pass in Old City.

"For that original group, they're just very tight knit," Butler-Galliera told PhillyVoice in May after purchasing the bar. "In Kurt's situation, you feel the love and camaraderie. We want to respect that. It's not the bricks that brought people in. It's the people. Making wholesale changes would be foolish and misguided. I really think that we want to keep that vibe."


Wunder, a DJ and avid hockey player, was a seeker of experiences and thrills. Later in his life, he carved out a niche as a special effects coordinator for movies and TV shows. Most recently, he was the special effects foreman for "21 Bridges," out this November, and he worked on both "Creed" and "Creed II."

"Kurt and Margo’s eighteen-year marriage was filled with adventures that took the couple all over the country and abroad for quests as simple and ridiculous as the best tripe sandwich or the worst Iron Maiden cover band," the obituary continued. "There was always something on the horizon — to taste, to see, to hear, to try; and for that reason, there was almost always a half-filled backpack or two to trip over in the Wunder living room. Now Kurt’s bag is packed for his next journey. Hopefully, not that tattered duffel held together by duct tape."

Wunder's friends and relatives are invited to gather to celebrate Kurt’s life Sunday, Aug. 18, at 801 Wharton St. at 1 p.m. for a second line procession to the Mummers Museum at 100 South Second St. A memorial celebration will be held from 2-6 p.m.

In lieu of flowers and cards, donations in Kurt’s name can be made to Rizzo Rink (1001 South Front St., Philadelphia, PA 19147) and the Ed Snider Youth Hockey Foundation.