For sale in Northern Liberties, The 700 club is a treasure of its era

One of Philly's greatest dance destinations could be approaching its end 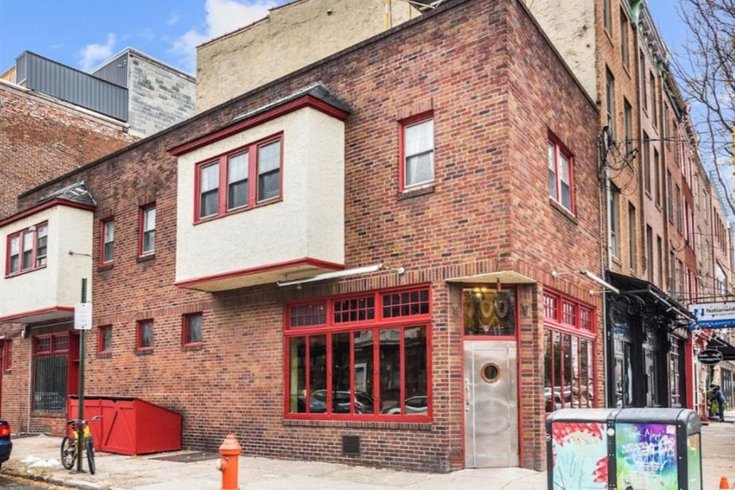 The 700 opened in 1997 at the corner of Second and Fairmount Streets in Northern Liberties. The bar that helped define the transformation of its Philadelphia neighborhood recently was put up for sale by owners Tracy Stanton and Kurt Wunder.

At 21 years old, The 700 is finally of age to buy its first drink, but it may soon be selling its last in Philadelphia.

The bar at the corner of Second and Fairmount streets, a dance club and soccer haunt that helped define the transformation of Northern Liberties, was listed for sale in late November. A dollar for every sweaty memory — or one for every mistake forgotten — would be plenty to snap it up for $1.35 million.

Owners Tracy Stanton and Kurt Wunder made the difficult decision to sell as a result of Wunder's recent cancer diagnosis. Their relationship dates back to the days of Old City's former Khyber Pass venue, where they worked together as sound engineer and bartender during that bar's early 90's heyday.

"I literally saw a tumbleweed in Northern Liberties in 1997," Stanton, 47, said of the year his bar opened.

The building, though it had a hole in the roof, was a steal for just $35,000 at the time. Its previous occupant was a wholesale butter and egg store. 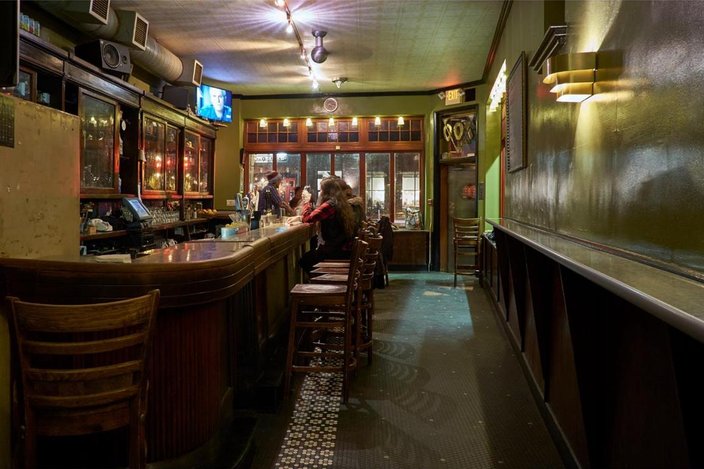 The downstairs bar at The 700.

Stanton moved to Northern Liberties in 1992, eight years before the shadow of the Schmidt's brewery building — shuttered by then, like most of the neighborhood's old factories — attracted developers, like Bart Blatstein, to invest heavily the neighborhood. Today's Cescaphe Ballroom, historically the Bull's Head Hotel, was dilapidated at the time. Rent for a two-bedroom on Poplar Street was about $400 a month.


Stanton and Wunder had no idea whether anyone other than struggling local artists would come to their bar to drink consistently. They ended up creating one of the best Philadelphia dance clubs of the last generation, a destination that has kept Northern Liberties young even as the neighborhood grew up.

There have always been two identities at The 700 — one downstairs for the football fans and NoLibs community, one upstairs for Philadelphia's animal spirits.

On the oversized curb outside 700 N. Second Street, troops of overheated dancers take their breathers or cigarette breaks. Your blurred vision could easily mistake the storefront's "700" for "ZOO," with or without the pair of black-rimmed glasses you allegedly once needed to fit in there.

"The 700 was a good ground zero for that experimenting (with music). People responded to it." – Lowbudget, The 700 DJ

To the younger crowd more conscious of fashion — it is a weekend dance club, after all – appearances ultimately matter less than moves, anyway.

"That whole hipster intimidation thing always seemed so overblown to everyone here," Stanton said. "It was only the people who came in uncomfortable on their own that felt out of place."

Northern Liberties' reputation as Philadelphia's hipster-yuppie capital, implicitly a criticism of its redevelopment, has always fallen on deaf ears to those who embrace the neighborhood's cultural evolution.

Any analysis of the 19123 ZIP code would find it among the city of Philadelphia's – and even the country's – most gentrified districts. That inevitably invites some suspicion.

And yet it's emerged as a diverse, creative, entrepreneurial, collaborative and still fairly green community. It's no longer a cheap place to live, by any stretch, but the tame price tag on one of its most iconic corners points to a market that values keeping its new tradition — kind of an oxymoron — intact.

"You can build as much new construction here as you want," Stanton said. "The vibe in the neighborhood stays the same."

Much of that is owing to anchoring businesses like The 700 and Standard Tap.

"I moved to NoLibs in 2001," said DJ Lowbudget (a.k.a. Michael McGuire/Lowbeezy), whose Hollertronix collaboration with Diplo put them both on the map as innovators of the new millennium party scene, in Philadelphia and far beyond. "I was in my early 20's. The 700 was one of my go-to places."

Lowbudget had a Thursday night residency at The 700 from 2004-2007, a slot Stanton described as the most successful in the bar's entire run. 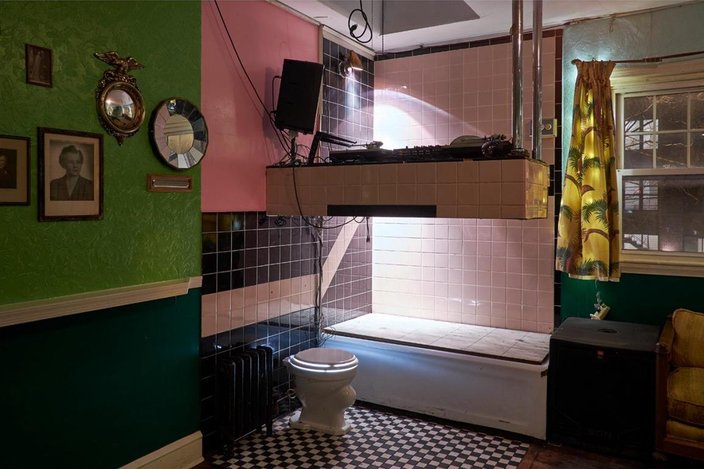 The DJ booth at The 700 infamously featured a toilet bowl.

"That was the best residency of my career," said Lowbudget, who noted the bar's strong early connection to Space 1026, another creative community in Chinatown that's facing its own reckoning at the rental space on Arch Street. "Every DJ wants that one weekly show where they can really be creative and open with their format. You were always encouraged to be weird there."


In a profession that at the time still was based in vinyl, splitting bands like AC/DC with Jay-Z, or the Violent Femmes with Outkast, was an unusual approach. But it meshed with a room full of young people who were consuming music differently and whose digital playlists were all over the place. DJs no longer had to be strictly house, or hip hop, or drum and bass.

"The 700 was a good ground zero for that experimenting. People responded to it," Lowbudget said. "There was a shared culture of music, humor, art, everything. But at the end of the day, you were all having fun."

As the aughts came to a close, DJs like Lowbudget worried that Northern Liberties was "over."

Places like The Piazza at Schmidt's, opening in 2009, signaled a new phase that might kill the culture that was built around the neighborhood's industrial remnants. But the Piazza-as-intended barely survived seven years before it was repurposed and rebranded. Blatstein is already planning a new megadevelopment behind it these days, having learned from the past and the neighborhood's residential character.

The 700 lived on, thanks in part to at least one damn-good reason.

"For 20 years straight, you can come here and dance without paying a cover," Stanton said. "At almost no time in those entire 20 years could you do that anywhere else in Philadelphia." 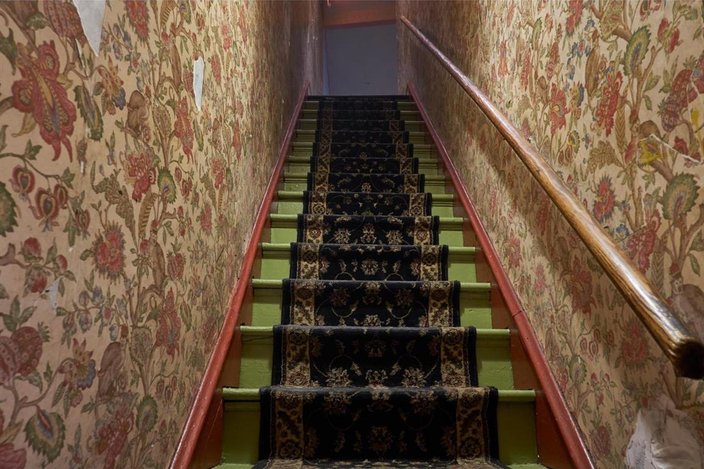 The temperature rises about five degrees per step as you approach The 700's dance floor.

For all the talk of Philly's millennial boom during the last decade-plus, few bars and dance clubs have really catered to the 21-to-25-year-old cohort better than The 700. It's cheap, intimate and wild without being skeevy. Man, woman or trans, gay or straight, you could show up there with your friends, dance yourself silly and maybe get laid.


It would be a shame for that kind of outlet to disappear from Northern Liberties.

Alex Tucker and K.D. McLaughlin, former Northern Liberties residents, met at The 700 in the spring of 2013. They had both been going there for about a year on weekends and separately showed up on May 10 — a Friday — with big groups of friends.

"The 700 is the kind of place where it's best to go with a squad," Tucker said. "You can kind of take over the dance floor together and then mix with other groups." 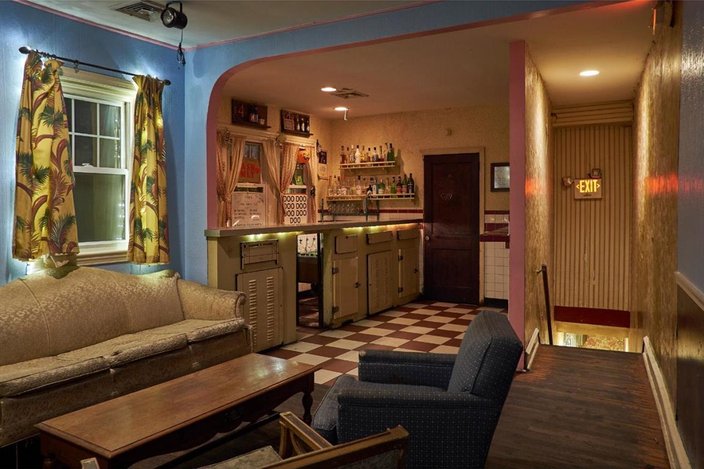 The upstairs bar serves beers and cocktails from a small kitchen counter.

Meeting each other through friends, the details of that night at the club were hazy, but the two ended up back at Tucker's place nearby in Northern Liberties that night. They figured it would probably be a one-night stand.


"I had to be at a bridal shower in Bensalem the next morning," McLaughlin said.

"She woke up and was like, 'What's your name again?'" Tucker recalled.

He drove her to the bridal shower and five years later they're engaged.

'MORE THAN A BAR'

As bittersweet as it is to let go, Stanton feels ready to turn the page and let The 700 enter its next phase.

"I've spent my entire adult life within the safety of this bar, and I'm really excited for the opportunity to see what else I can do," said Stanton, who wants to spend more time fixing up homes.

"For 20 years straight, you can come here and dance without paying a cover. At almost no time in those entire 20 years could you do that anywhere else in Philadelphia." – Tracy Stanton, co-owner The 700

Johnny McDonald, the realtor representing the bar, said there has already been significant interest in acquiring the property. It's unlikely it'll be on the market for very long, which means The 700 could be closing much sooner than anyone would like.

"I would prefer to keep it continuously running after it sells, but I understand that the new owner may want to make renovations that would require us to close," Stanton said.

The owner realizes the sale matters to Northern Liberties, his own community, and doesn't want to disappoint. He hopes it can live on in a bar format that provides at least some of what The 700 has given Philadelphia.

"I don't want people to hate me because I sold it to an a**hole, but I also want somebody to be able to define what they want," Stanton said. "It's not going to be my choice. It's going to be dictated by the market."

Trying to preserve the exact same magic at the bar would be impossible and futile. 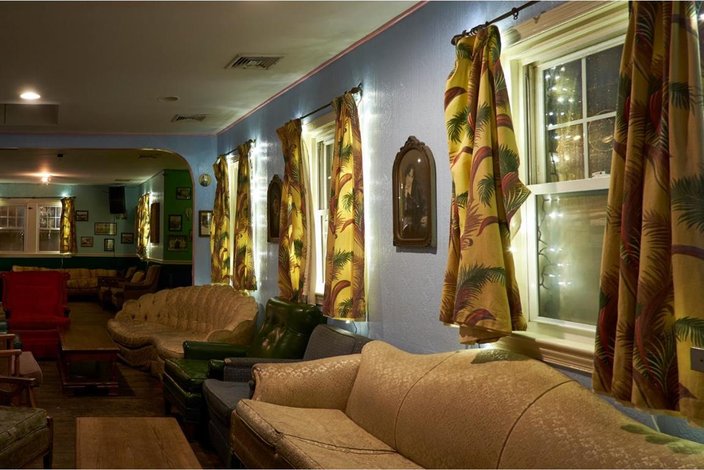 The furniture surrounding the dance floor at The 700 has remained the same since time immemorial.

"It's more than a bar," said Bernadette Emore, a Northern Liberties resident and longtime friend of Stanton and his wife. "It's a family."


Emore has gone to The 700 for years, joining local friends who formed the close-knit "Bad Decisions Club" on Sundays.

She's a fixture in the bar's downstairs world, where soccer fans take over for big matches and can be heard from the street during the World Cup. Every year, she attends the bar's "700 Awards," which pay tribute the true regulars. 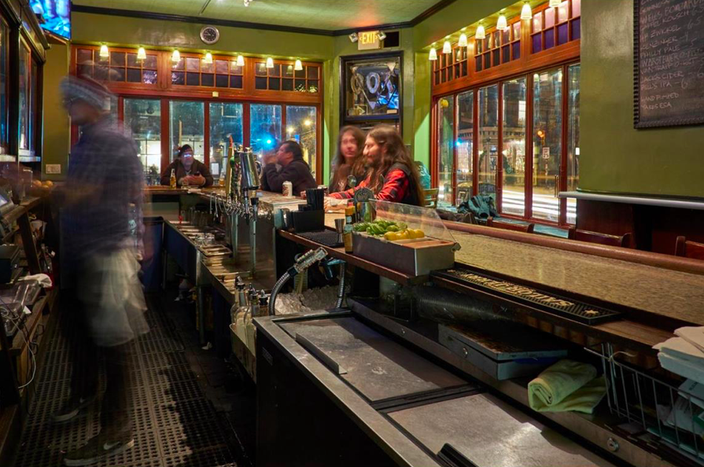 
Lowbudget's favorite memory from The 700, back in November 2004, is a moment that wouldn't have happened at any other bar in Philadelphia.

"It was around the day or a few after Ol' Dirty Bastard died," Lowbudget said. "I played the whole spoken word intro to (Return to the 36 Chambers: The Dirty Version). People had their lighters up and were banging on the walls and cheering, and then it goes right into 'Shimmy Shimmy Ya.' That was my favorite night there."

Stanton mused about whether the new owner will keep the ceiling wall paper he designed and installed on the first floor. It's the things you wouldn't expect that he especially wants to remain there.

For the community of Northern Liberties and everyone who ever danced themselves dizzy at The 700, Stanton feels grateful to have provided a meeting place.

"I'm always going to have a very warm connection to the public impact The 700 had," Stanton said. "It's been fun, and I got to do it with my friends. I would like to be able to claim some responsibility for the good times that were had."