A look at Jim Schwartz's history of playing rookie linebackers 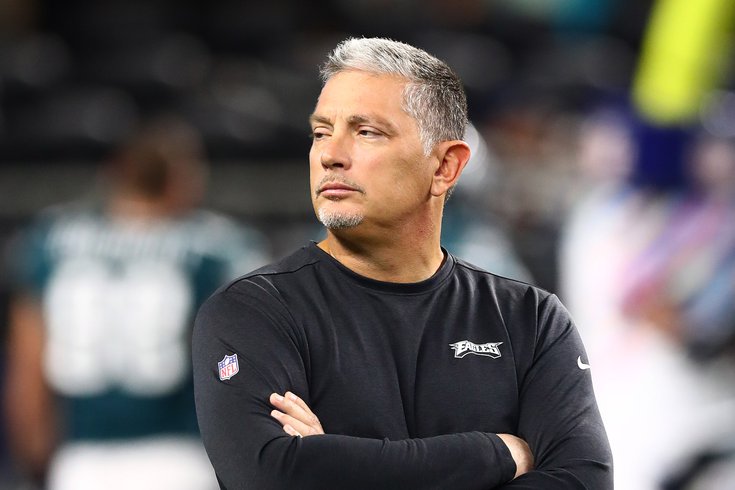 In the 2020 NFL Draft, the Philadelphia Eagles selected a pair of linebackers in Davion Taylor (Round 3), and Shaun Bradley (Round 6). They also added undrafted free agent Dante Olson.

With the surprise retirement of free agent acquisition Jatavis Brown, the Eagles are thin at linebacker, with only Nate Gerry all but assured of a starting spot this season. As such, the Eagles could really benefit from one of their rookie linebackers having a standout training camp, and earning some early playing time.

Jim Schwartz indicated that expectations for rookies should probably be tempered, especially in a shortened offseason.

"Linebacker and safety are two of the most difficult positions for guys to get up to speed," Schwartz said. "That’s including having a full offseason program for rookies, OTAs, minicamp, a full preseason schedule, and preseason games. So their learning has to be accelerated. [Taylor, Bradley, and Olson] are smart guys and have adapted well. Now it’s just a matter of accumulating as many reps as we can get, and when we do have those heavy contact practices, those are going to be very important in our evaluations.

Back in 2017, we determined that Schwartz has never been afraid to play his rookie cornerbacks. The following is a look at Schwartz's history of playing drafted rookie linebackers in his stops as a defensive coordinator or head coach in Tennessee, Detroit, Buffalo, and Philly.

• If you'll notice, it's not just the Eagles who don't value linebackers early in the draft. Teams that have employed Schwartz as their defensive coordinator or head coach (19 total years) have never drafted a linebacker in either the first or second rounds.

• Of the 19 linebackers drafted by Schwartz teams in the last 19 years, only three had at least 30 tackles as rookies. We included the tackles column to differentiate between guys that may have played in the majority of the games, but may have only had a role on special teams, or perhaps just a small role on defense.

Davion Taylor was drafted in the third round, so in theory, history would show that he has a decent chance of playing a significant role in the defense, but he has two things working against him in comparison to the third rounders mentioned above:

If sixth rounder Shaun Bradley were to play a legitimate role in the defense as a rookie, he would be breaking a trend of late-round linebackers sitting as rookies.

As for Dante Olson, there's hope for him in the form of T.J. Edwards, an undrafted linebacker who played in all 16 games as a rookie last season, and even stood out as a run defender. Of course, Olson's first step will simply be making the team, which is already probably an uphill climb.