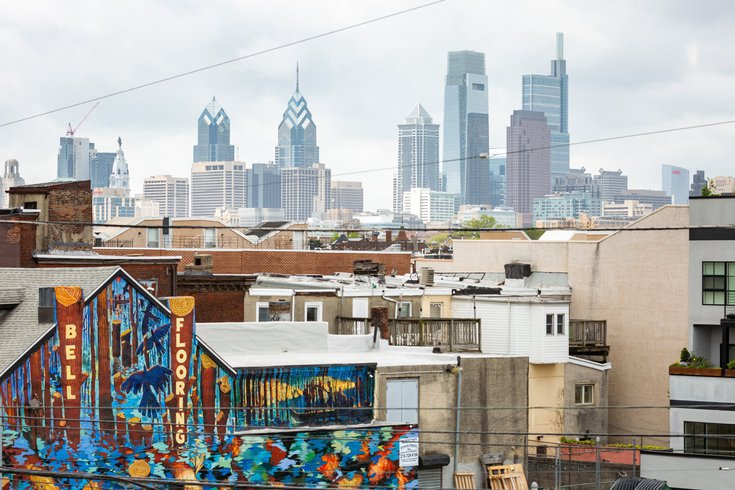 ABC has ordered a pilot episode of a drama series that focuses on the lives of Philadelphia therapists. It is written by 'This Is Us' director Kay Oyegun.

It appears that another television series set in Philadelphia is in the works.

ABC has ordered a pilot episode for a drama series about a therapy practice based in Philly, Deadline reported. "This Is Us" director Kay Oyegun and 20th Television are writing and producing the pilot.

If picked up, the untitled show would follow five therapists who find creative ways to treat their patients while dealing with struggles in their own personal lives.

In the pilot, one of the characters, Ellen Roman, begins working with a sociopathic client who could know about the disappearance of her sister five years earlier.

Details on the time and locations for filming, and a timeline for the pilot's premiere, have not been revealed.

Now, Oyegun may hand the network another Philly-centric show.

Psalm 19:1
1 The heavens declare the glory of God, and the sky above proclaims his handiwork.

Thank you, Jesus my lord. All glory goes to you.

Oyegun has been a writer, producer and director on "This Is Us" since the critically-acclaimed series premiered in 2016. The NBC family drama is in its sixth and final season.

Oyegun previously wrote for Ava DuVernay's drama "Queen Sugar," and created the musical film adaptation of the novel "On the Come Up" and the comedy "Assisted Living" starring Cardi B.

Oyegun's pilot will not be her first work on a television series set in Philadelphia. While "This Is Us" has primarily centered around Pittsburgh, Philly has grown to play a more prominent role in the series.

One of the show's main characters, Randall Pearson, gets elected to Philadelphia City Council. Played by Sterling K. Brown, Pearson and his family then move to the city.

During the show's third season, the character Kevin Pearson — played by Justin Hartley — sits down for an interview with Terry Gross of "Fresh Air" at WHYY's Independence Mall studios. The show also gave viewers a tour of local landmarks Boathouse Row and Magic Gardens in Season 4.

If picked up by the network, Oyegun's drama series would join a long-list of ABC shows that have been set in and around Philadelphia. Among them: "The Goldbergs," "Boy Meets World" and "How to Get Away with Murder."